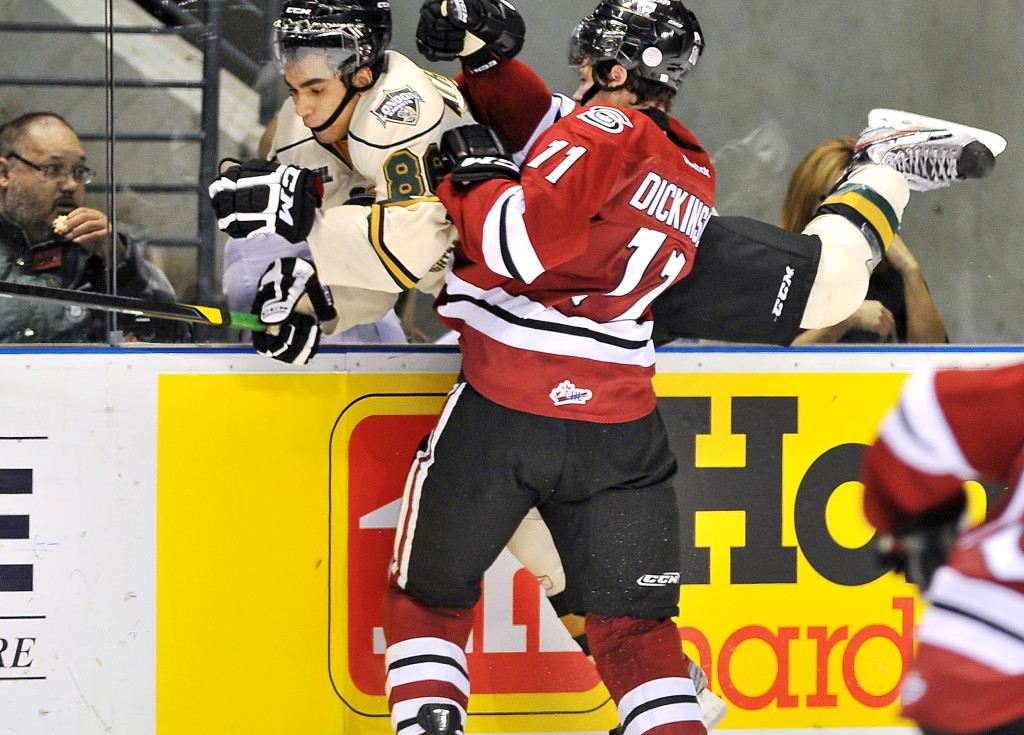 By Tony Saxon, Guelph Mercury – There was a time earlier this season that Guelph Storm rookie Jason Dickinson was more likely to trip over his bottom lip than an opponent’s stick.

Like many rookies, Dickinson was having a hard time coming to terms with not playing much and even being a healthy scratch on occasion. Sure, the older teammates told him to be patient and that his time would come, but patience isn’t exactly a virtue frequently found in teenage boys.

Fast forward a couple of months and Dickinson is all smiles. He’s playing often and playing well, with two goals and five assists in his last four games.