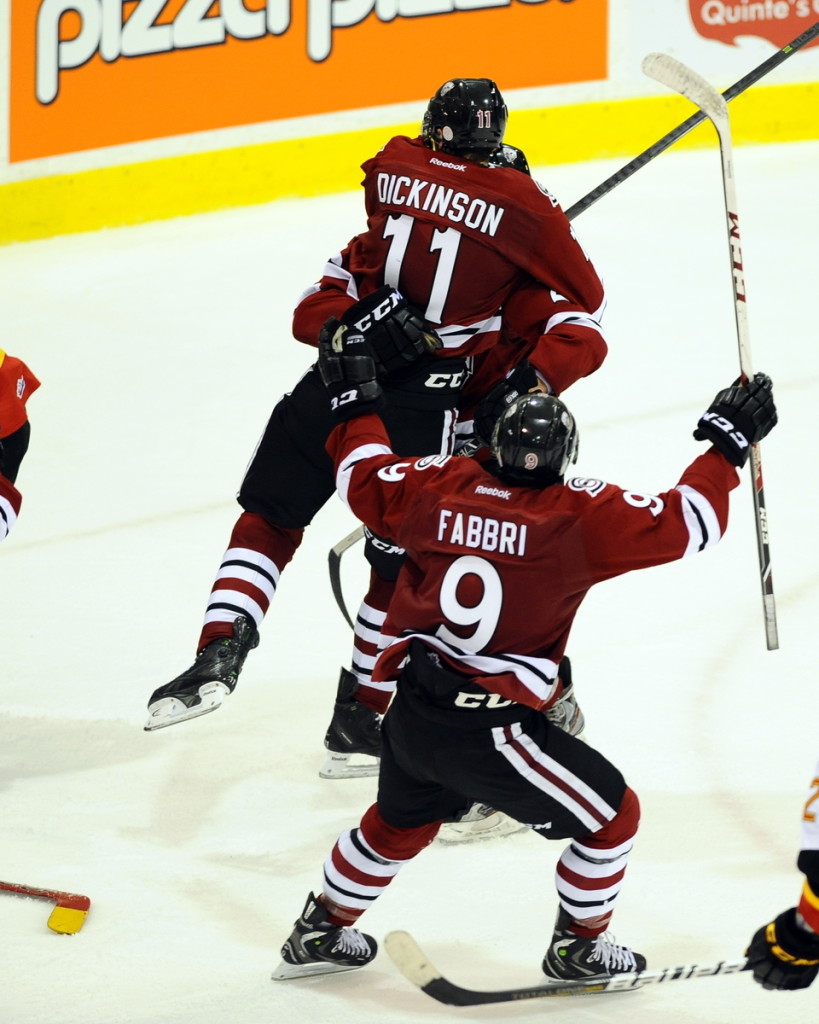 GUELPH, ON — The Guelph Storm Hockey Club is pleased to announce that forwards Jason Dickinson and Robby Fabbri have been named to Hockey Canada’s final evaluation camp roster for the 2015 IIHF World Junior Championship.

The camp, which starts December 11 in Toronto, will be used to determine Team Canada’s roster at the annual tournament, which is being held December 26 – January 5 in Montreal and Toronto.

Both players had previously participated in Hockey Canada’s Summer Development Camp last August, and in the Subway Super Series in November.

“We’re thrilled that both of these players will have an opportunity to make Team Canada’s final roster,” said Storm GM Mike Kelly.  “As an organization, we’re proud to have had four elite players in consideration for this list.

“It’s a testament to the program we’ve built here and especially to the hard work and dedication of these young men.”

Fabbri was selected in the first round, 21st overall by the St. Louis Blues at the 2014 NHL Entry Draft, following a season in which he posted 87 points in the OHL’s regular season and then won the 99 Trophy as MVP of the OHL Playoffs.

He previously won gold at the 2013 Ivan Hlinka Memorial Tournament as part of Hockey Canada’s National Men’s Summer U18 Team.

Dickinson was selected in the first round, 29th overall by the Dallas Stars at the 2013 NHL Entry Draft.  He posted a career-high 76 points with the Storm in 2013-14 and previously won gold with Team Canada at the 2013 IIHF World U18 Championship.

Both players will remain with the team for this week’s games before leaving to participate in the final evaluation camp.