Dickinson is making his mark

From the Stands jason dickinson 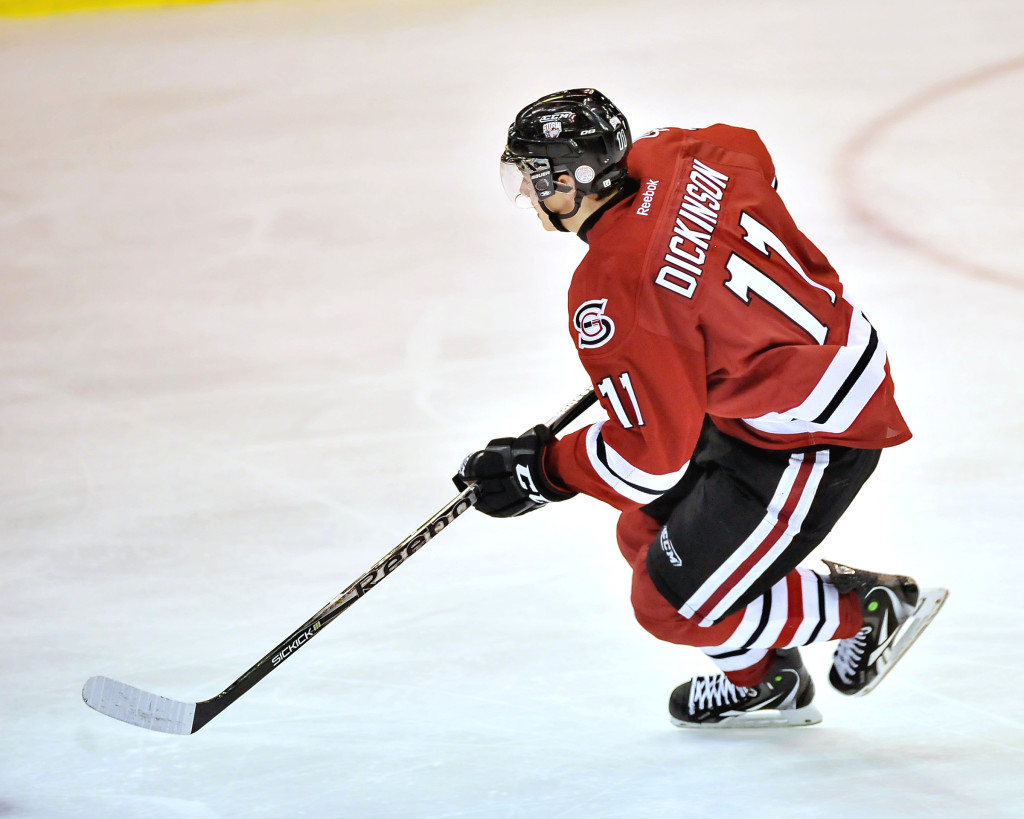 From the Stands
By Paul Osborne

Very quietly, Guelph Storm second round draft pick Jason Dickinson is making his mark.  It is always difficult to compare players from one year to another – but it is interesting to go back and look at the comparators available.

There is no doubt that Dickinson has benefited from an inordinate amount of ice time for a 16-year-old, but he also deserves credit for making the best of it. At the bottom are Storm players that were also drafted in the second round that put together excellent rookie seasons.

There are some pretty great names on the list: Brown, Wright, and Beaudoin all went on to play in the NHL.  There are some oddities too with Herrington only going on to score four more goals total over the next two years with four different teams, and Plunkett who went on to a nice lacrosse career after attending St. Mary’s University.

But look at Dickinson’s totals so far.  He has already matched Scott Kosmachuk and Taylor Beck’s output for their rookie seasons.  Kosmachuk will be a high NHL draft pick in June and Beck has 26 points in 46 games this season with the American Hockey League’s Milwaukee Admirals.

Dickinson is shaping up to be a very nice two-way hockey player.  He is dangerous with the puck when on offence, surprisingly good at protecting the puck in the offensive zone and fairly responsible defensively for a player so young. Poise is a word that comes to mind.

“I anticipate he will be drafted in the first three rounds (of the NHL draft),” said Storm VP and GM Mike Kelly.  “He is capable of being a 70-plus point player and an all-star/national junior calibre player as an 18-19 year old. He has an upside similar to Dustin Brown.”

The transition from midget to the rigours of the OHL can be difficult for the best of players.  Learning on the job is tough on the ego and even harder on the body, but so far Dickinson and fellow rookie Hunter Garlent are giving Storm fans a pleasant glimpse into the future.
• • •
Second-round draft picks with solid rookie seasons