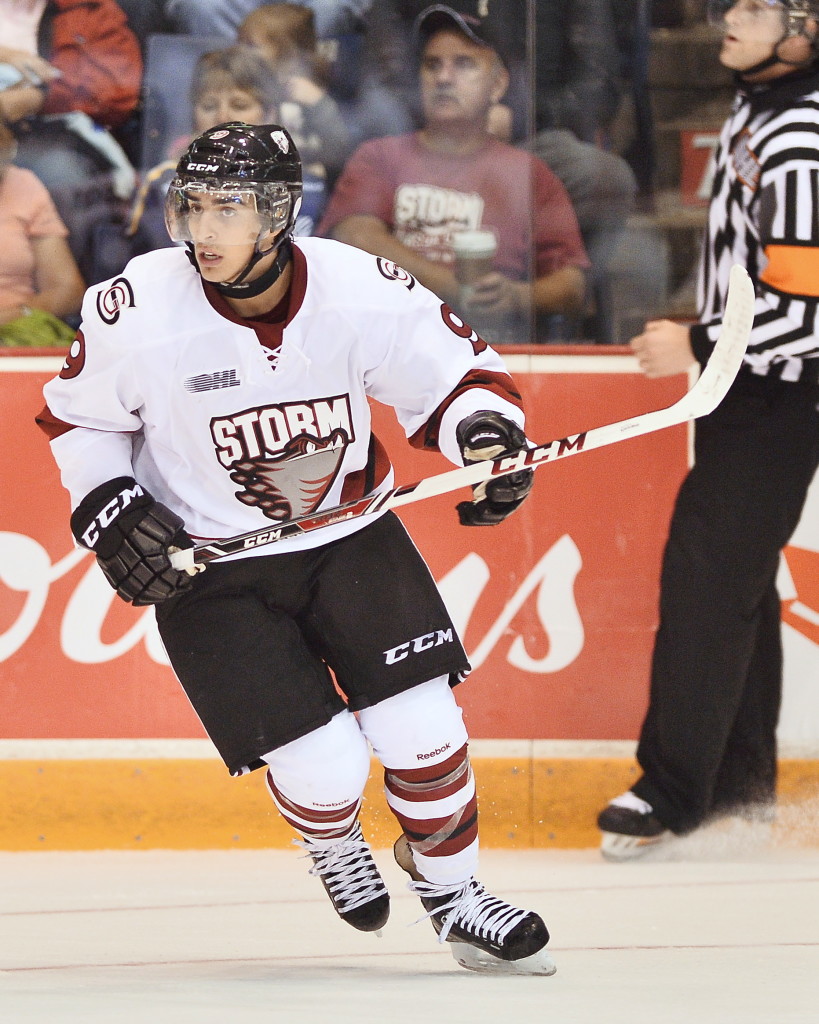 GUELPH— There were plenty of smiles at the Sleeman Centre Wednesday afternoon with the return of Robby Fabbri to the Guelph Storm fold and the imminent return of overage defenceman Zac Leslie.

Fabbri returned to Guelph Wednesday after a lengthy stay at the St. Louis Blues training camp. Leslie informed the team he would be returning a couple of hours later.

Fabbri, who is still recuperating from an upper body injury suffered in an exhibition game while with the Blues, did not practice with his teammates and will not play in this weekend’s two games: Friday at home against North Bay and Monday afternoon in Kitchener.

CLICK HERE TO READ THE REST OF THE ARTICLE AT GUELPHMERCURY.COM