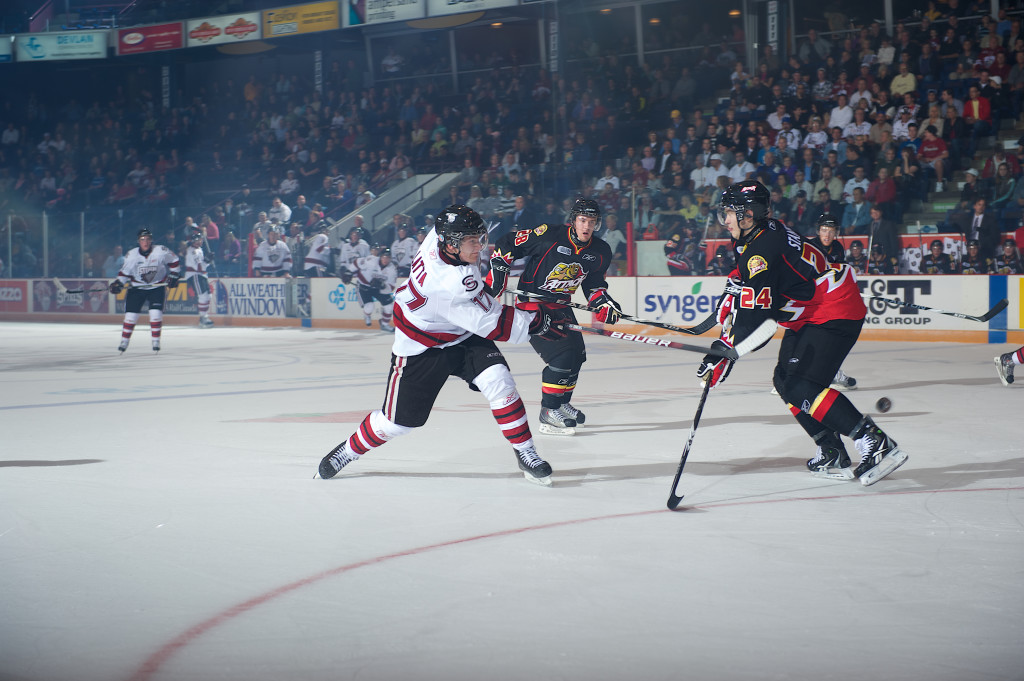 Friday night the Storm hosts the Owen Sound Attack at the Sleeman Centre in a critical game to determine playoff seeding in the Western Conference.  Off the ice, the action could be just as intense with thousands of dollars in giveaways throughout the game as part of the Storm’s annual Fan Appreciation Night.

Before the game, the Storm will carry on their tradition of honouring each of our overage players in an on-ice presentation including three lucky fans.

As always, the Storm’s final regular season game will also determine the Pizza Pizza Fan of the Year with the top fan receiving $1,000 in Pizza Pizza certificates.

Following the game, fans will join the Storm on the ice for the “Skyline Jerseys Off Our Backs” promotion in support of Big Brothers Big Sisters Guelph.  The online auction concluded last week with just over three thousand dollars raised.

Tickets are still available for Friday’s game and can be purchased online at GuelphStorm.com or by visiting or calling the Guelph Storm box office at 519-837-9690.