For the Love of Andrea Fundraiser 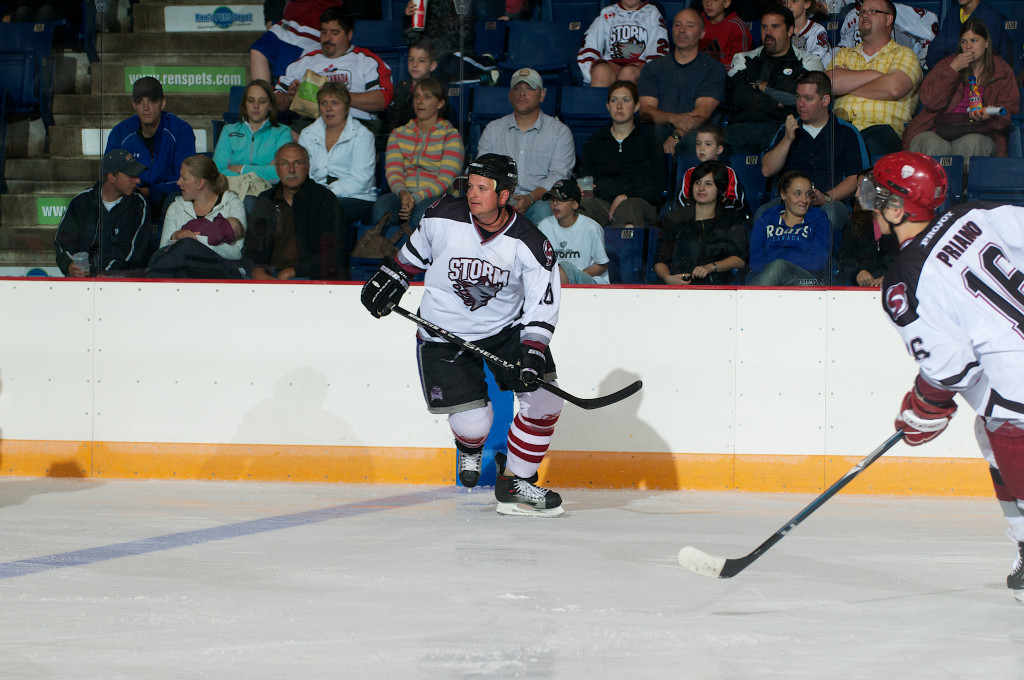 As the Guelph Storm take on the Owen Sound Attack for the Home Opener at the Sleeman Centre on Friday night, Storm Alumni will be on hand helping raise money for a member of the Storm family, Andrea Vellinga. Wife of former Storm player Mike Vellinga, Andrea was critically injured during the August 13th Sugarland stage collapse in Indiana. She has recently started communicating by writing messages on a dry-erase board since waking up from a coma.

Family members and friends say 30-year-old Andrea Vellinga of Pendleton has shown progress in the past week recovering from the injuries sustained in the Aug. 13 collapse since being moved from an Indianapolis hospital to a long-term care center about two weeks ago.

Friend Kendra Stock said she asked Vellinga last weekend whether she recognized her and that Vellinga wrote on the board: “Kendra.” Underneath she wrote: “Best friend.”

“I started sobbing hysterically,” Stock told The Herald Bulletin of Anderson (http://bit.ly/rmdYyY ). “She then had a sad face and I said, ‘No, no, I’m not sad. I’m happy!'”

Stock was with Vellinga when strong winds blew the large stage rigging onto fans awaiting a performance by country group Sugarland. The collapse killed seven people and injured dozens more, with at least two others beside Vellinga still in hospitals or rehabilitation centers.

Vellinga’s father, Steve Voss, said her writings don’t always make sense and she hasn’t been able to speak because of a tracheotomy.

“There have been very few setbacks, few notable days where there wasn’t some visible progress to which we can hang our hope on,” Voss said.

Vellinga, who is married with a 4-year-old daughter, has been mostly bedridden and hasn’t been able to move her left side much since the collapse, Voss said.

Whenever Vellinga leaves her bed for therapy or for fresh air, she wears a pink helmet to protect her head because a portion of her skull has not yet been replaced. The helmet has butterflies on it and was picked out by her daughter Lydia, Stock said.

“Lydia goes every day to see her at the hospital,” Stock said. “Lydia has sat on her bed and Andrea was rubbing her back and tickling her neck and playing with her hair.”

Click here to read about the Guelph Storm’s Benefit for Andrea taking place at the Home Opener tonight as well as tomorrow at the Sleeman Centre.