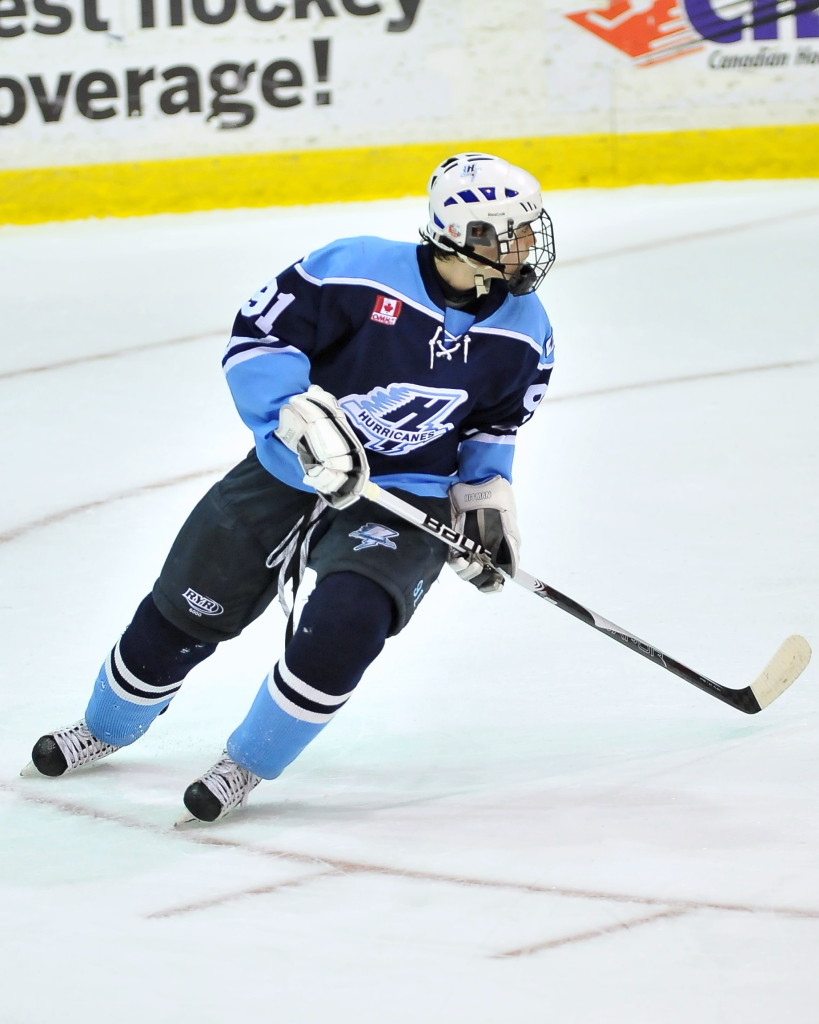 Four of the 15 players chosen by the Storm in the 2011 OHL Priority Selection have advanced to the Team Ontario Under 17 Provincial Camp to be held in Thunder Bay from July 6-10.  Guelph’s first round pick Hunter Garlent, who was one of 18 skaters to represent Ontario at the Canada Winter Games in January, but was unable to participate in his regional camp due to illness, could still be added to the final Provincial Camp roster as a wildcard by Team Ontario Director of Hockey Operations Rob Kitamura.
Two Storm picks advanced through the OMHA final camp hosted in Guelph on Saturday with second round pick Jason Dickinson and fourth round pick Brody Milne (pictured) among only 10 OMHA forwards to make the cut.
Also advancing to the Provincial Camp were forwards Tyler Bertuzzi (NOHA) and Derian Plouffe (ODHA) who were taken by the Storm in the fourth and eighth rounds respectively on Saturday.

The Provincial Camp will feature 80 of the top 16-year old hockey players in Ontario, identified from regional camps (GTHL, OMHA, ODHA, Alliance, NOHA and HNWO) conducted throughout the province.

The goal of the provincial camp is to provide players with an intensive, high-calibre training opportunity as well as a positive learning experience, both on and off the ice.  It also serves to facilitate the process of identifying players who will ultimately be selected to represent Team Ontario at the World Under 17 Hockey Challenge being held in Winnipeg, Manitoba.