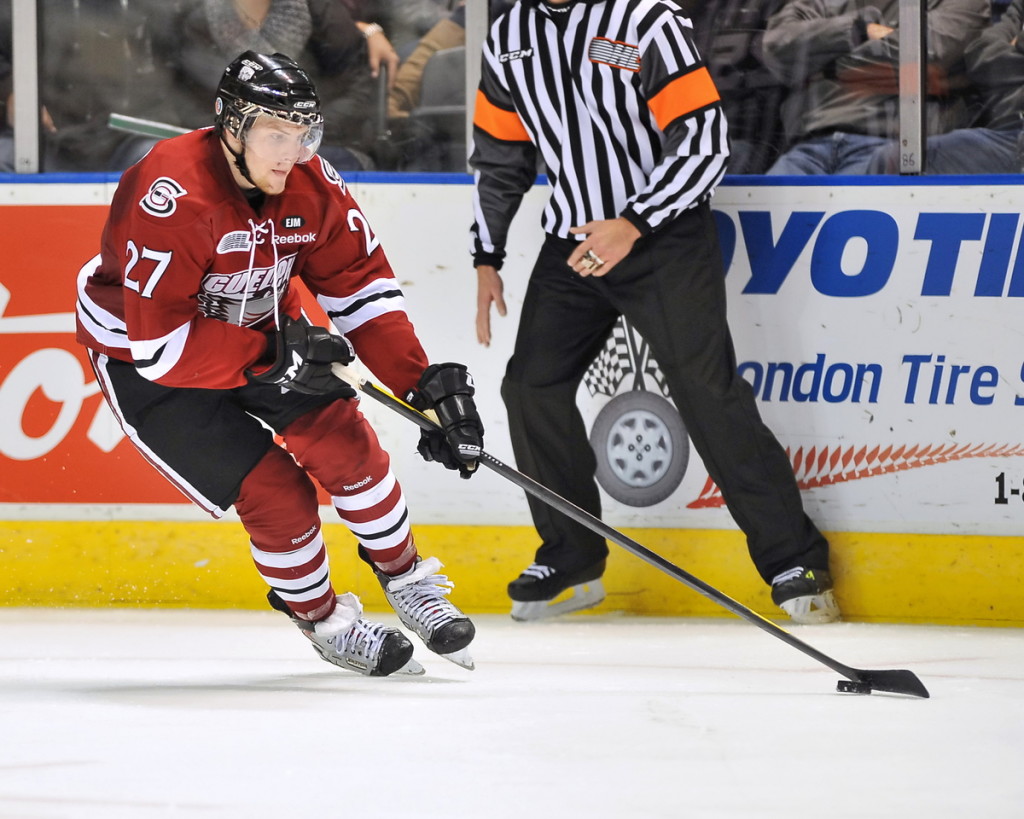 While Matt Finn’s climb up TSN panelist Craig Button’s rankings was spotlighted yesterday, there were three other Storm players that also improved their rankings since Button released his November rankings.

With 24 points in his first 26 games, Finn jumped from 41st to 11th overall among the top prospects for the 2012 NHL Entry Draft.  Also, rocketing up the rankings were first-year players Zack Leslie and Tanner Richard (pictured).  Neither player was among the top 60 in November, but are now ranked 40th and 45th respectively.

Rounding out the list for Guelph is winger Scott Kosmachuk who jumped one spot from 53rd to 52nd during the past month and has racked up 25 points in 30 games this season.

A few other Storm players will be eligible for the NHL Entry Draft for the first time in 2012 including Patrick Watling, Spencer Turcotte, Justin Auger and Brock McGinn.

Craig started in the NHL with the Minnesota North Stars and Dallas Stars and became Director of Player Personnel, helping lead them to a Stanley Cup in 1999. He also served as Vice President and GM of the Calgary Flames and later joined the Toronto Maple Leafs as a scout.