Garlent looking to take on bigger role with Storm this season 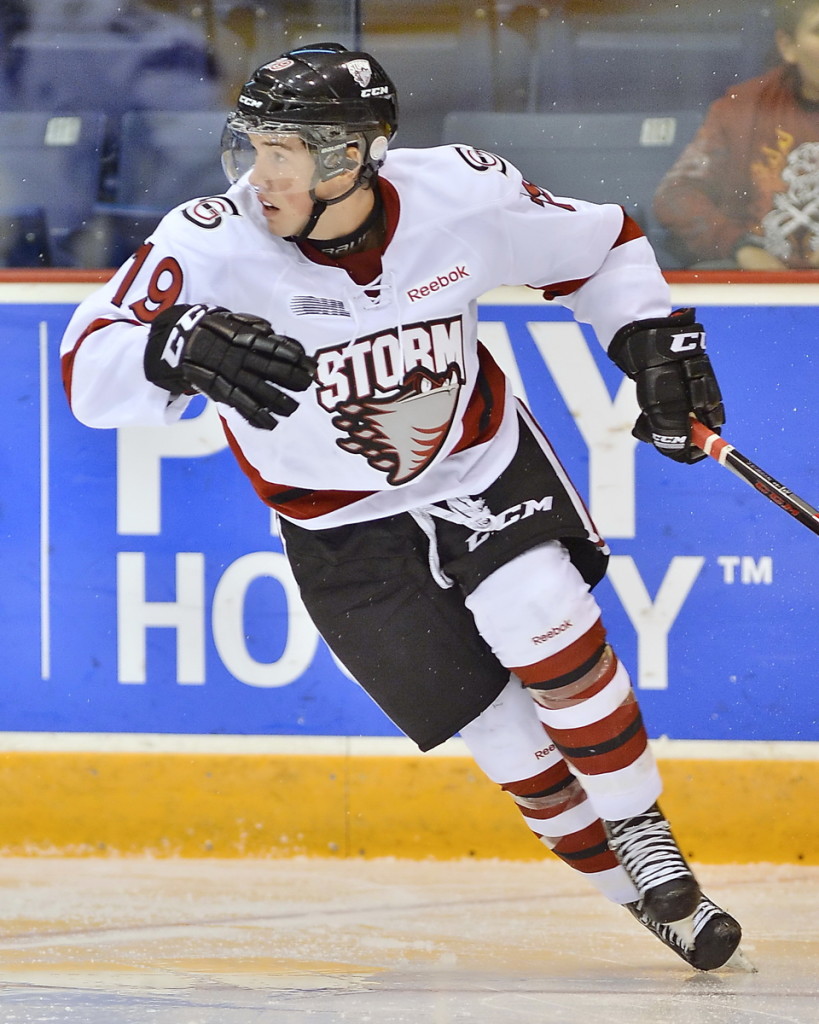 Hunter Garlent may not be the biggest player in the Ontario Hockey League, but that doesn’t take away from the fact he plays a big game.

The 5-foot-9, 164-pound Guelph Storm centre has proven on many occasions that, what he might lack in size, he makes up for in skill, work ethic and character.

“Hunter one of the most inspirational players I’ve had the opportunity to draft and have in my system,” said Storm GM Mike Kelly. “And those types of players are needed in every organization at our level and the National League level.”

Despite facing an ankle injury that sidelined him for several weeks early last season, the Thorold native still had an impressive sophomore year.

On top of notching 12 goals and 31 points in just 50 games with the Guelph, in April, he also represented Team Canada at the IIHF World Under-18 tournament in Sochi, Russia, where he played a vital role on the penalty kill and helped the team to a gold medal.

While the efforts did earn him a spot in the NHL Central Scouting Bureau’s final draft rankings, Garlent was overlooked on the July 1 draft. But as his character portrays, the grounded 18-year-old isn’t going to let the rebuffing bring him down.

“Going into the draft, we weren’t too sure where I was going to be so we were sort of preparing for the worst and hoping for the best,” Garlent said Thursday following an on-ice session at the Seymour-Hannah Sports Complex in St. Catharines. “It was tough, but you can’t close any doors, you’ve just got to keep working.

“I’m going to put it in my stomach and it will be that extra push for me to work even harder. There’s still the chance of (getting drafted) next year and I’m going to do everything in my power to prove myself.”

And Kelly has no doubt in his mind Garlent is capable of doing just that. In fact, had he not suffered the injury, Kelly feels he would have been a lock.

“I thought he should have been drafted,” Kelly said. “He’s aware the undersized players are scrutinized that much closer and they’ve got to do that much more to overcome that.

“I think he would have done that had he not had the ankle injury in November, which ironically came on the heels of being named CHL Player of the Week,” he added. “He’s just got to come in this season and be the dominant player we think he can be and I fully expect he will make it to the National Hockey League.”

With his ankle now back to 100% health, Garlent has set some big goals for the upcoming season.