Garlent making most of his time in the OHL 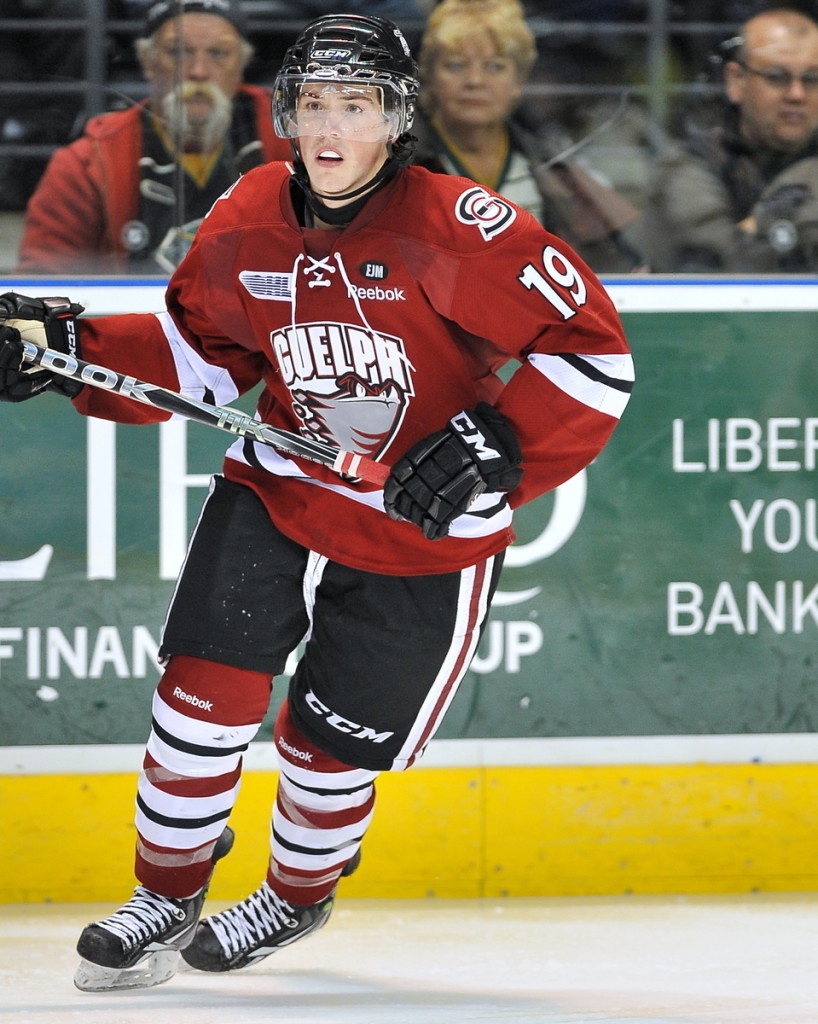 It wasn’t long ago that Thorold native Hunter Garlent was watching local Jr. B and Niagara IceDogs hockey games from the stands, aspiring to one day be at the other end of the spectrum.

“I went to every Friday night game for the [St. Catharines] Falcons and a lot of the Thorold Blackhawks games too,” Garlent told the Thorold Niagara News. “When the IceDogs moved down [in 2007], I remember going to games with my dad and my brother and just wanting to play in the OHL more than anything.”

And it didn’t take him long to turn that vision into a reality.

At 17, Garlent enters his second season with the Ontario Hockey League’s Guelph Storm and, while he is eligible to be taken in the 2013 NHL Draft, he’s still just soaking up the experience of getting to play in the most reputable junior league in the world.

“A lot of players would like to be in a position that a lot of us are in, so you just have to remember to enjoy the game and realize that it’s such an honour to be playing where you are,” he said, shaking off any pressures that may come with entering your draft year. “I just want to work as hard as I can, continue to get better every time I’m on the ice and just have fun.”

According to Garlent’s father, Rob, his son has always been strong-minded, but at the same time, he always seems to keep a level head.

“He’s a determined little bugger,” the elder Garlent joked. “When he was drafted [to the OHL] there was a lot of tears and hugs in the house, but I’ll never forget what he said to me: ‘it’s just a step pops, just a step’.

“He’s very realistic and, obviously he’s got to improve in all areas as all the kids do, but he’s just so good at setting goals and going after them. He’s very grounded and mature way beyond his years. We’re more proud of that and the way he handles himself than even the hockey.”

At 5’9”, 165 pounds, Garlent may appear to be on the smaller side compared to the average OHLer, but his game is much bigger than his size lets on – similar to revered NHLer Martin St. Louis, who stands at 5’8”, 176 pounds.

“I play a hard game; I get in the corners and like to throw hits. I love to battle but I also try to play a smart game,” Garlent offered. “One of my coaches in Guelph, Bill Stewart, knew Martin St. Louis [Tampa Bay Lightning] very well and he told me that he loved to throw hits too, but he had to be smart when he did it because he had to use his foot speed and work so hard to be in the proper position to begin with.

“They’ve encouraged me to model my game around guys like him or Patrick Kane and use my skill as much as I use my grittiness.”