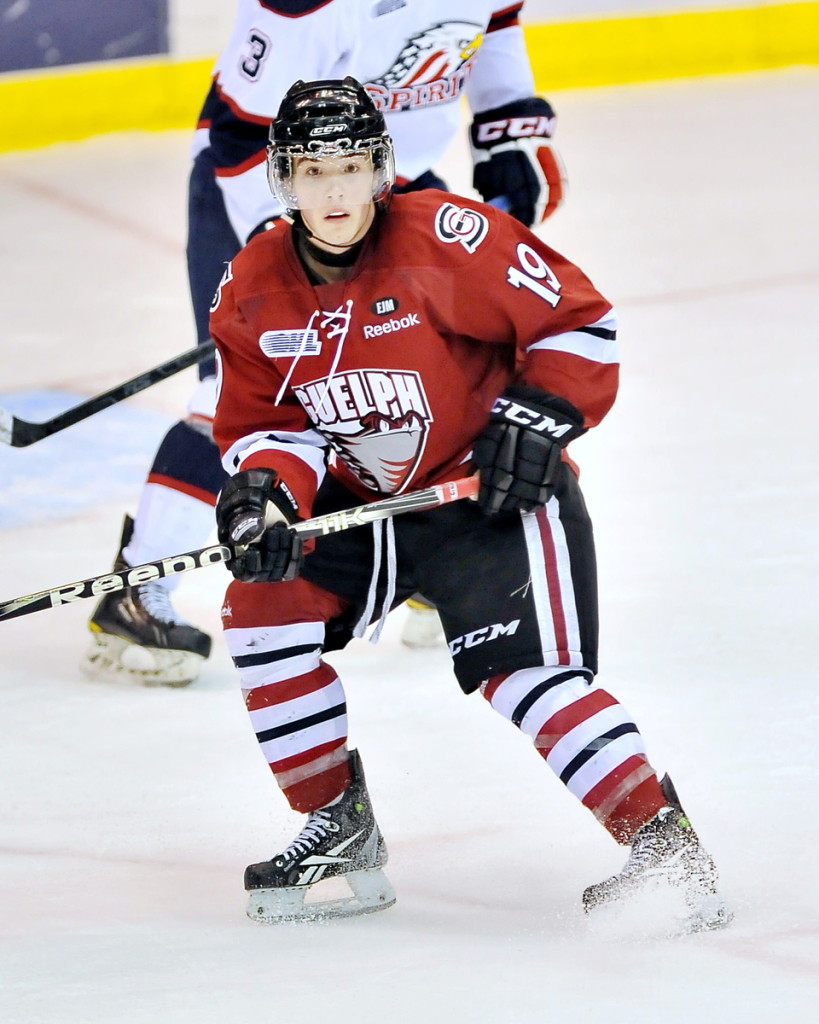 The Ontario Hockey League today announced that Hunter Garlent of the Guelph Storm is the OHL Player of the Week for the week ending October 21 after recording eight points in three games scoring three goals and five assists with a plus-minus rating of plus-3.

Garlent helped lead the Storm to three victories in three days including two on the road highlighted by a career-high four-point game on Saturday where he scored once and added three assists as first star of an 8-5 win over the Saginaw Spirit.  His week began with a goal and an assist on Friday as part of a 6-3 win over the Sarnia Sting, and ended Sunday with a goal and an assist in Sault Ste. Marie where he was named third star of a 7-1 win over the Greyhounds giving the Storm their ninth win in 12 games.

Garlent, a 17-year-old from Thorold, ON, is playing in his second OHL season with the Storm after scoring 16 goals and 26 assists for 42 points in 60 games as a rookie.  A first round pick of the Storm in the 2011 OHL Priority Selection, Garlent is eligible for the 2013 NHL Entry Draft.

Also considered for the award this week were a pair of Kitchener Rangers including Carolina Hurricanes prospect Ryan Murphy and Edmonton Oilers prospect Tobias Rieder.  Both players recorded eight points in three victories with Murphy scoring twice and adding six assists, and Rieder scoring three goals with five assists.  In goal, Matt Mahalak of the Plymouth Whalers posted a 3-0-0-0 record with a goals-against-average of 2.00 and save percentage of .924.