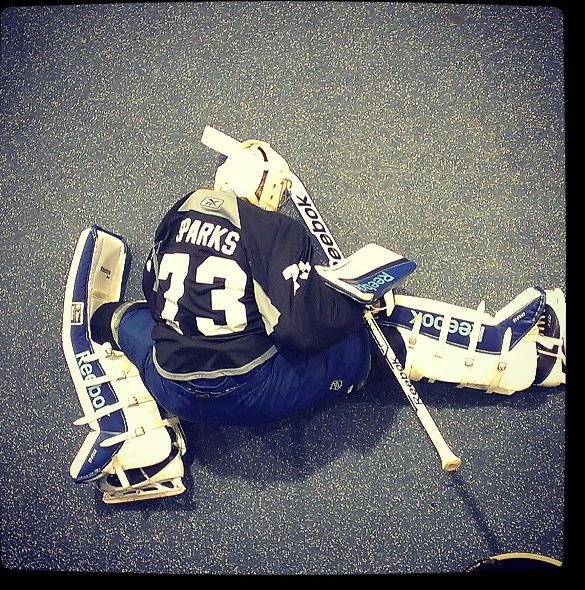 Prospect Garret Sparks is taking advantage of the current situation.

With Antoine Bibeau re-called to the Maple Leafs while Jonathan Bernier is injured, Sparks has stepped up in the Marlies net and on Monday was named AHL player of the week for his work.

“I was just focused on winning games, getting points,” Sparks told LeafsTV. “It’s a great honour and speaks a lot to how well our team played.”

Prior to Bernier’s injury, Keefe had suggested that Bibeau would be the Marlies’ No. 1 this season, leaving Sparks to pick up most of his starts when Toronto plays on back-to-backs days.

Last season Sparks led the ECHL with a .936 save percentage while Christopher Gibson and Bibeau tended the net for the Marlies.

Despite being put to the back of the line, the Elmhurst, Ill. native hasn’t buckled in his three years as a pro. As his sample size has grown, so, too, has his reliability.

While playing last year for the Orlando Solar Bears, Sparks was forced to stay confident and work through the adversity as Gibson and Bibeau split starts for Toronto.

He stayed in contact daily with Marlies goaltending coach Piero Greco and once a month Greco would go down to work with him in person.