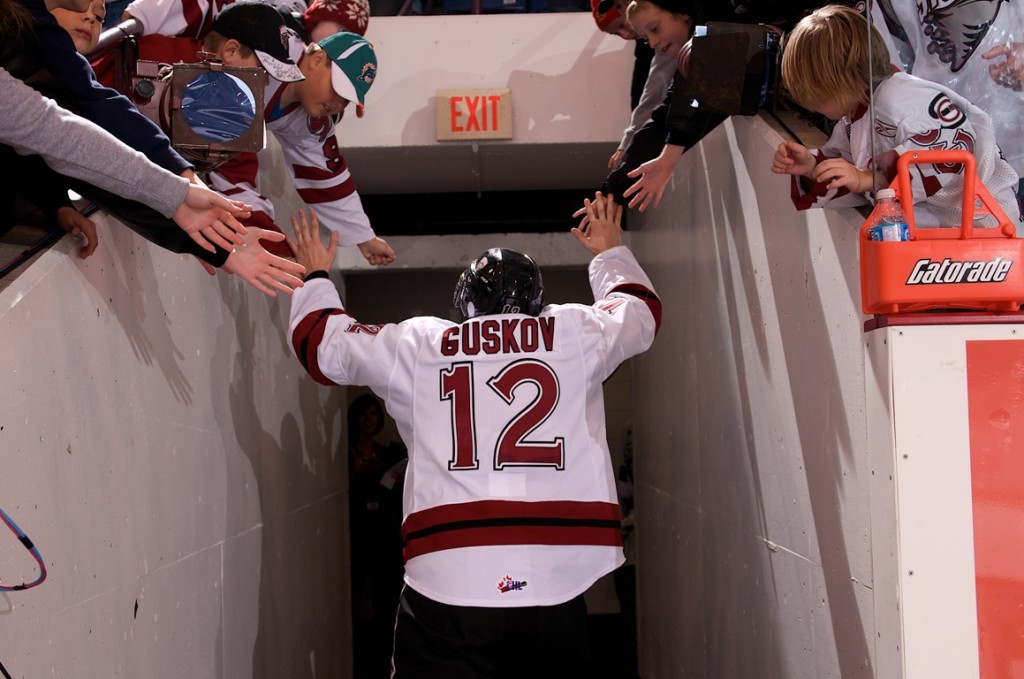 By Tony Saxon, Guelph Mercury – Vadim Guskov supplied about the only ray of sunshine in an otherwise dreary Guelph Storm loss Tuesday night at the Sleeman Centre.

The 18-year-old Russian’s first goal in the Ontario Hockey League brought a broad smile from both him and his teammates and appreciative applause from the near-sellout crowd of 4,811.

Unfortunately, there wasn’t much else to cheer about in a 4-2 loss to the London Knights. It leaves Guelph with a 14-19-2-1 record and three points back of the Owen Sound Attack for the final playoff spot in the Western Conference.

Guskov’s goal came with his parents and younger sister sitting in the stands, having landed for a visit from Russia two days ago.

“It was an amazing feeling, but not very good because we lost,” Guskov said of the goal that ended a 22-game drought.

Guskov, affectionately known as Goose by his teammates, is extremely well liked in Storm circles. He works hard on and off the ice and never complains, even on the nights he dresses and barely sees the ice.

So the goal was a big relief for everyone.