Holland explodes with 4 goals in win 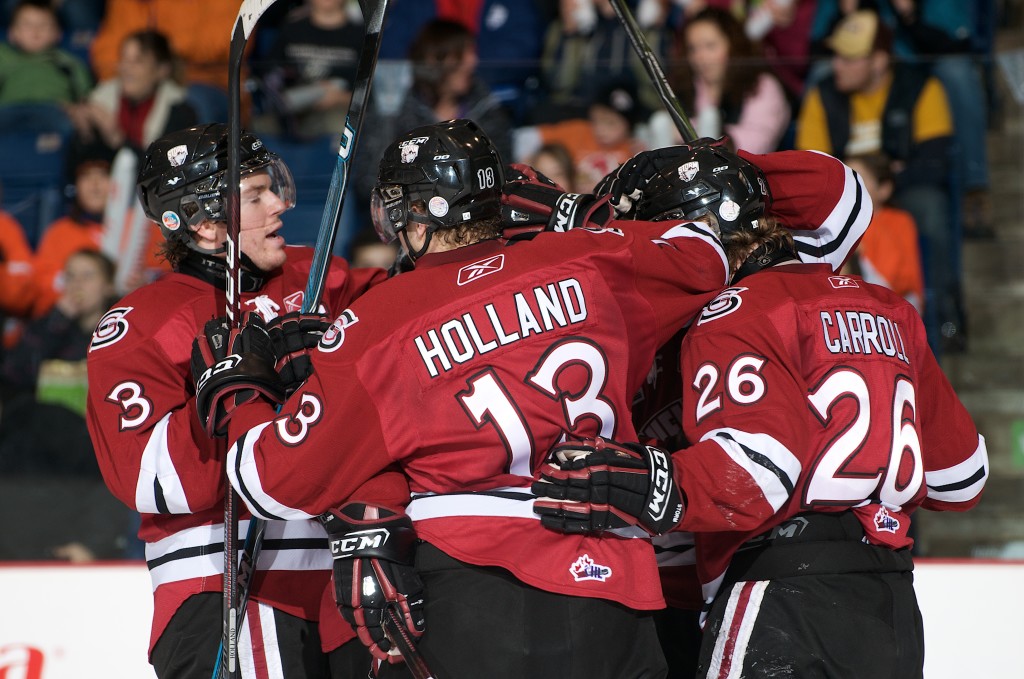 By Tony Saxon, Guelph Mercury – Peter Holland’s game this season has mirrored that of the Guelph Storm team he plays for: flashes of brilliance clouded by long stretches of inconsistency.

Sunday the Anaheim Ducks first-round draft pick showed what he’s capable of, scoring four times to lead the Storm to an 8-3 win over the Sudbury Wolves at the Sleeman Centre.

The four goals matched Holland’s output for the previous 18 games.

“Coming into the game with 10 goals on the season was obviously not the kind of output I expected,” Holland said. “I’ve been averaging about a point a game, but I wanted to put the puck in the net more.”

“Peter takes a lot upon himself. He wants to be The Guy,” Storm assistant coach Chris Hajt said.

“I put a lot of pressure on myself to help this team win. All the veterans do. It just seemed when I struggled the team struggled and it just snowballed,” he said.

Taylor Beck also had a big game for the Storm, recording a pair of goals and three assists. That gives him 65 points on the season, fourth best in the Ontario Hockey League. He sits four points behind league-leader Taylor Hall of the Windsor Spitfires.