Hopefuls out in numbers for rookie camp 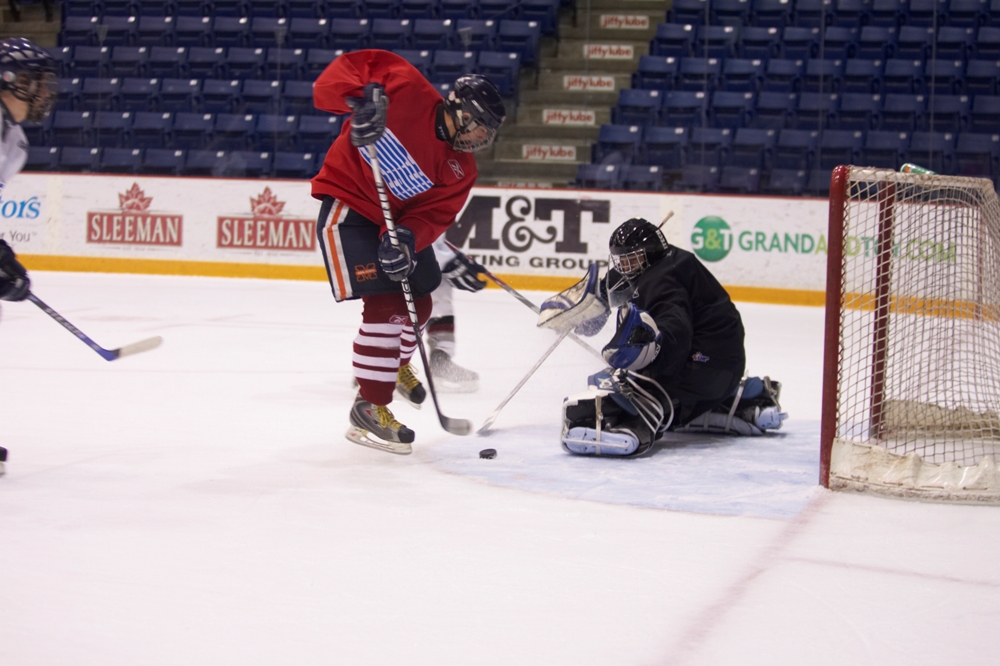 By Tony Saxon, Guelph Mercury – There will be a hodge-podge of raw talent on display at the University of Guelph Saturday as the Guelph Storm holds its annual one-day rookie camp.

“Everyone that we expected to come will be there,” Storm coach/general manager Jason Brooks said Friday. “There’s a couple of guys who are committed to schools that we didn’t expect would come, but that’s it.”

The free agents include 19-year-old Riley Sonnenburg, an Ottawa Senators property who the 67’s have given permission to try out in Guelph. Sonnenburg played junior B in Elmira last season.