Hy-Grade Player of the Week 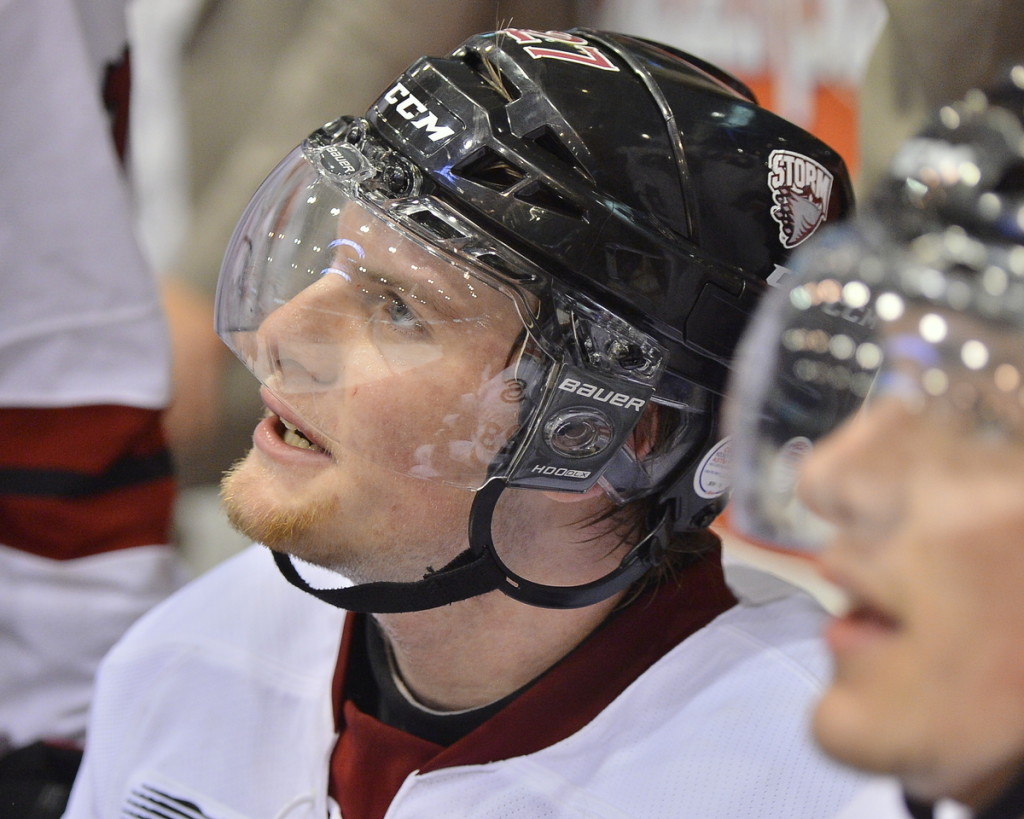 The Guelph Storm announced today that forward Tanner Richard is the Hy-Grade Steel Roofing Player of the Week for the week ending Sunday, March 3rd.

Richard picked up four assists in the Storm’s two victories this past weekend. On Friday night in Sault Ste. Marie, the Tampa Bay Lightning prospect was named first star assisting on three of the six Storm goals including the game winner and Leslie’s insurance goal. On Sunday afternoon in Sudbury, Richard set up Brock McGinn for the first goal of the game and McGinn’s 26th of the year. The Storm defeated the Wolves 4-2. Richard was a +3 on the weekend.

Currently tied with Scott Kosmachuk for first in points with 57, Richard leads all Storm players in assists with 49 (9th in the league) and is tied for second on the team in plus/minus with a +18 rating.

Next up, the Storm play an important Western Conference match up against the Kitchener Rangers on Tuesday night at the Aud before playing a couple on home ice this weekend. Friday night the Sault Ste Marie Greyhounds visit the Sleeman Centre at 7:30pm before the Saginaw Spirit come to town on Saturday for a 7:00pm start. The Storm then head out to Sarnia on Sunday afternoon to take on the Sting for a 2:05pm puck drop.