Line gets an A+ in chemistry 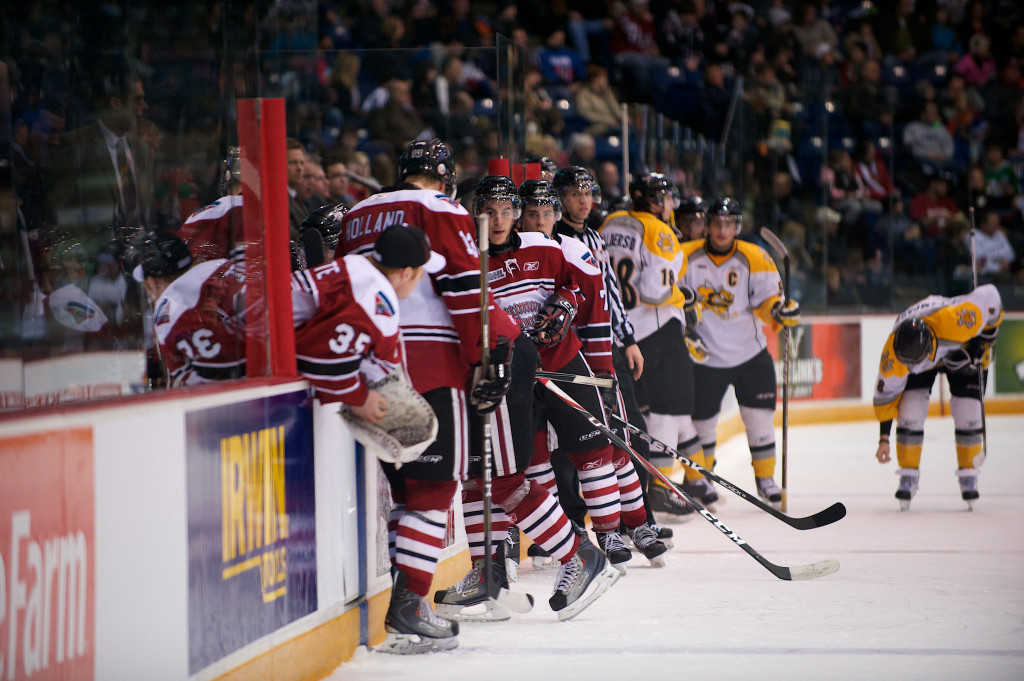 TONY SAXON, GUELPH MERCURY – Chemistry can be a funny thing.

The Guelph Storm has captured lightning in a bottle the past couple of weeks with the line of Taylor Beck, Michael Latta and Richard Panik.

The trio was at it again last night at the Sleeman Centre, lighting it up for seven points between them and supplying Sportsnet with its highlight of the night in a 6-2 win over the Sarnia Sting.

Taylor Beck led the scoring parade with two goals and an assist, giving him 99 goals in his Storm career. Panik and Latta each had a goal and an assist.

All three are solid physically, all are 19, all have skill and experience and all three are highly regarded NHL prospects — Beck and Latta are signed third-round picks of the Nashville Predators, Panik is an unsigned second round pick of the Tampa Bay Lightning.

“We’ve got a bit of mixture of everything: age, experience and we’re all big bodies that can take the puck to the net,” said Beck.

Size and strength helped the line connect for some early goals Friday night, but the last goal of the night by Panik was all razzle dazzle.

Breaking in on a one-on-one against a Sarnia defenceman, Panik let the puck fall to his skates while going full speed, then kicked the rubber back up to his stick before beating goaltender Troy Passingham with a hard wrist shot.