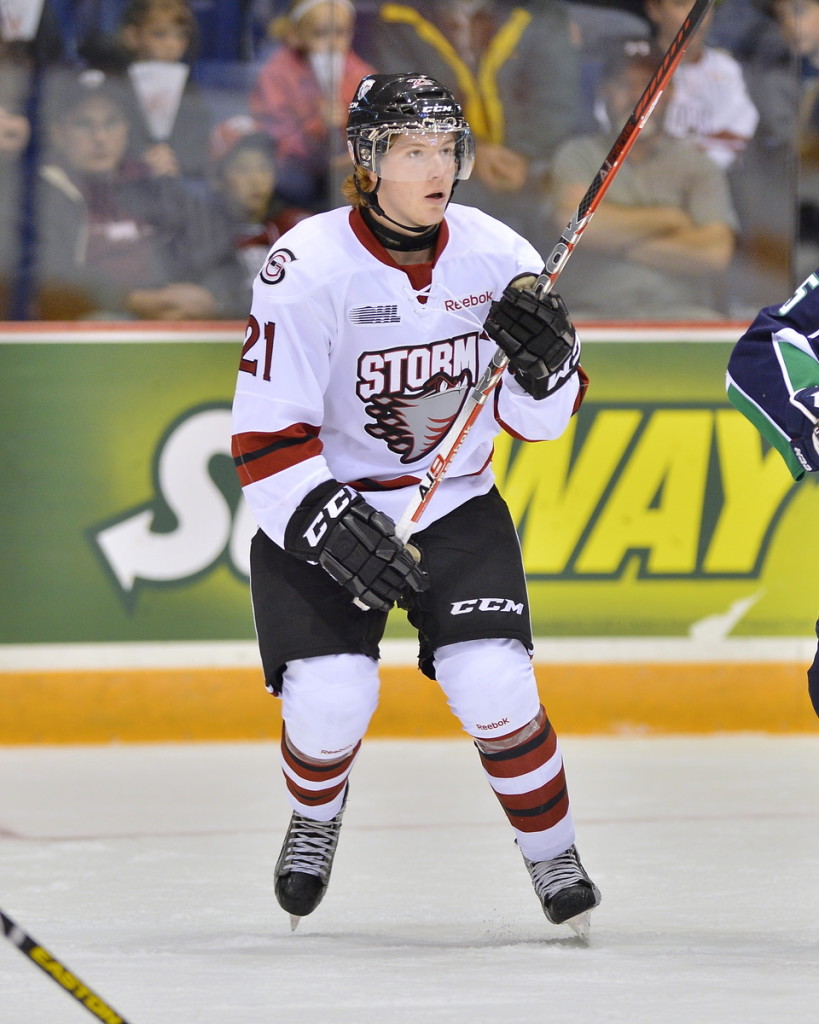 Storm forward Brock McGinn has signed a three year entry level contract with the Carolina Hurricanes. The Fergus native will join the Charlotte Checkers of the American Hockey League.

Jason Karmanos, Executive Vice President and Assistant General Manager for the National Hockey League’s Carolina Hurricanes, today announced that the team has agreed to terms with left wing Brock McGinnon a three-year, entry-level contract. At the NHL Level, McGinn will receive $700,000 in 2013-14, $750,000 in 2014-15 and $800,000 in 2015-16. At the AHL level, he would be paid $70,000 in all three years. McGinn receives a signing bonus of $277,500, and will immediately join the Hurricanes’ top minor-league affiliate, the Charlotte Checkers of the American Hockey League (AHL).

“Brock is a gritty, skilled forward who skates well and hits everything,” said Karmanos.

McGinn, 19, scored 28 goals and had 26 assists (54 points) in 68 games this season with the Guelph Storm of the Ontario Hockey League (OHL). The Fergus, Ont., native ranked second among Storm skaters in goals and fourth in points, registering a plus-7 plus/minus rating during his third OHL season. McGinn (5’11”, 186 lbs.) tallied four points (2g, 2a) in three playoff games for Guelph, as the Storm was eliminated in the opening round by the Kitchener Rangers.