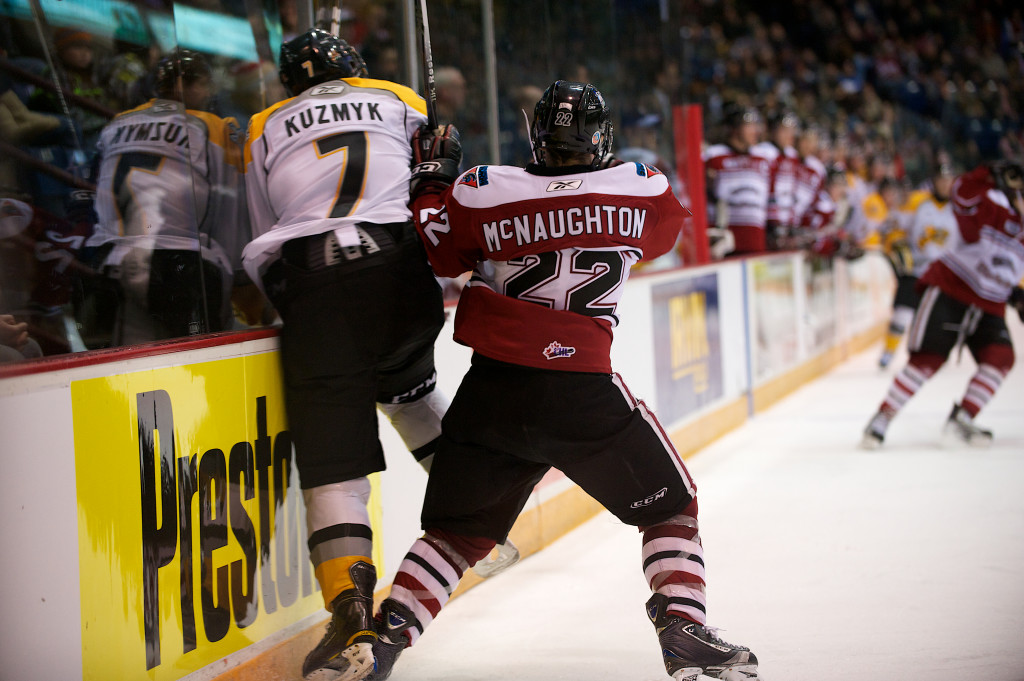 It doesn’t take long to go from wide-eyed rookie to grizzled veteran in the Ontario Hockey League.

Guelph Storm forward Cody McNaughton is finding that out these days.

Entering his fourth season, McNaughton is the longest-serving member of the Storm and after playing second fiddle to older players for several years, now finds himself surrounded by rookies looking to him for leadership.

“We’re starting fresh here. We have one motto: ‘for the team,’” the 19-year-old Toronto native said Friday night.

McNaughton scored Guelph’s lone goal in a 1-1 exhibition tie with the Barrie Colts, leaving Guelph with a win and two ties in three exhibition games. They play in Brampton Sunday afternoon.

“The job for me and the rest of the veterans (there aren’t that many) is to try and bring the kids together. I’d like to be a more offensive player this year, but I can’t just think about that.”

Coach Scott Walker wants McNaughton to realize being a leader means staying on the ice, not sitting in the penalty box.

McNaughton, who should get some consideration when the team announces a captain soon, has had a penchant for letting his frustrations and temper get the better of him at times in previous seasons.

“He can’t be a leader and be in the box,” Walker said. “We need to lean on him and he needs to lead by example.”