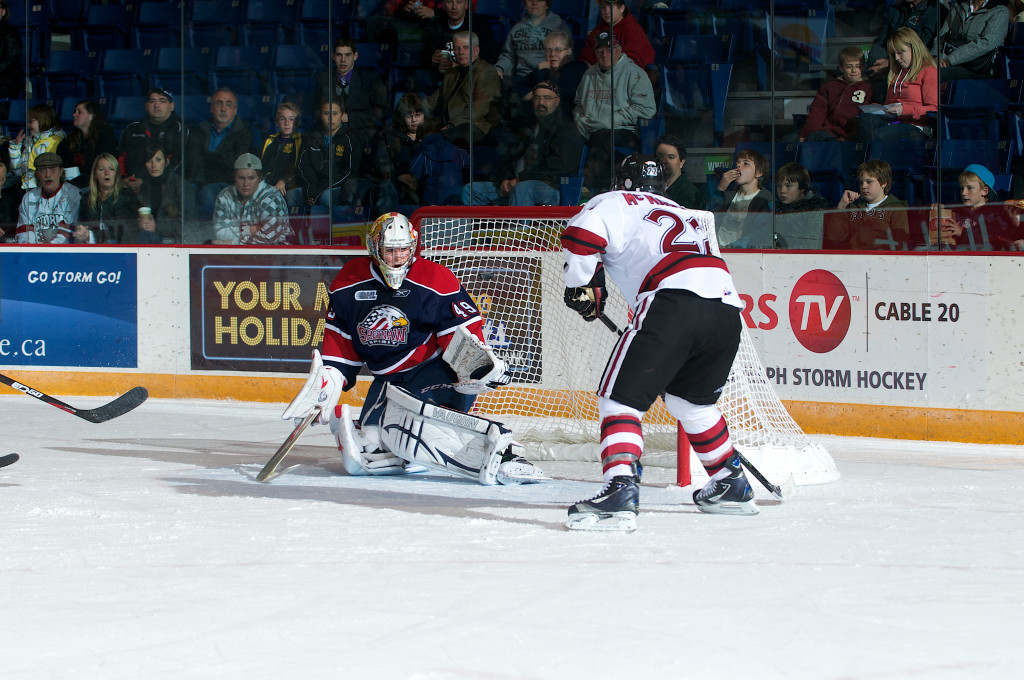 The Guelph Storm has lost Cody McNaughton for two games.

The team received word after practice Friday that McNaughton has been suspended for a pair of games by the Ontario Hockey League for his hit on Saginaw Spirit defenceman Brandon Archibald in the second period of Thursday’s Game 4.

“I just got word from the league and I’m just in the process of responding,” Storm general manager Mike Kelly said. “Disappointed? Very much so, but we’ll move on.”

The Storm travels to Saginaw Saturday for Game 5 of the best-of-seven series, which is tied 2-2. Game 6 goes Sunday in Guelph at 7 p.m.

Both Kelly and Storm coach Scott Walker wondered if the hit even warranted a penalty.

“To me it looked like a clean hit. It’s too bad that the kid got hurt, but Cody’s arms were down and it wasn’t too the head,” Walker said.