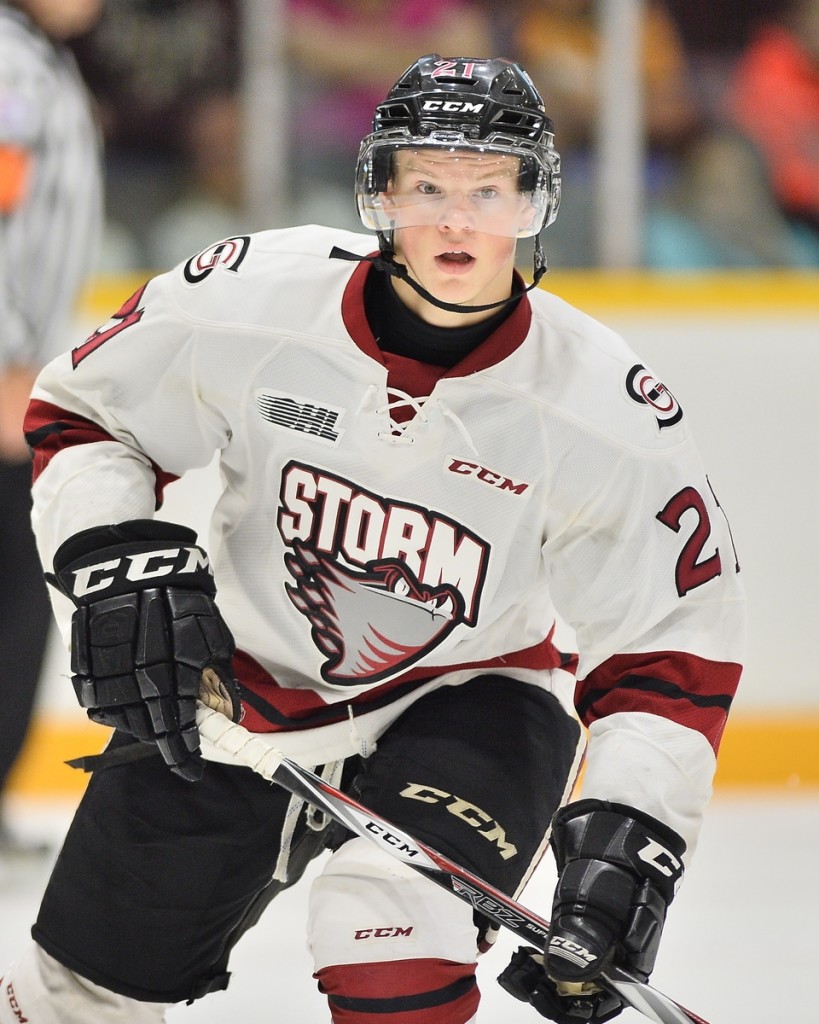 It may have took five games to do so, but Justin Nichols and the Guelph Storm are likely happy to finally get their first win of the season.

James McEwan scored two goals, including the game-winner, and Nichols turned aside 38 shots as the Storm defeated the Owen Sound Attack 3-1 Friday night at the Sleeman Centre.

It was just the fourth time in 14 games that a game between Guelph and Owen Sound was won by more than a single goal.

Bryson Cianfrone scored the lone goal for the Attack while Michael McNiven stopped 20 shots in the loss.

The first 20 minutes was a typical period for how hockey has been played between the Storm and Attack as of late, featuring solid goaltending at each end before finishing in a scoreless draw as Owen Sound outshot Guelph 12-7.

The end of the period marked the fourth consecutive regulation frame that a goal was not scored in the season series, as the Attack won the first meeting of the season 1-0 in overtime.

It took nearly four-and-a-half periods, but Tyler Boston scored the first regulation goal in the 2015-16 season series against Owen Sound 6:53 into the second period to get the scoring started for the Storm.

After gaining momentum from a Brock Phillips fight just 25 seconds earlier, Luke Burghardt fired a shot on the Owen Sound goal when the puck bounced off Michael McNiven’s left pad and directly onto the stick of Boston, who made no mistake with it.

McEwan scored to give Guelph a 2-0 cushion with 5:20 left in the middle frame when he buried home a rebound generated from a hard Givani Smith shot.

The Storm entered the second intermission with a 2-0 lead despite being outshot 23-18.

Cianfrone kept things interesting in the second of eight meetings between the two teams when he scored a mere 3:44 into the third.

Cianfrone found a rebound at the low side of the net when he roofed it over a sprawling Nichols.

Less than five minutes later, Cianfrone thought he added another and tied the game, but the goal was waved off after further review.

Owen Sound’s best chance of the period, and perhaps the game, came when they found themselves on a five-on-three advantage for 53 seconds with 10:03 remaining.

Up to the task was Guelph’s penalty killing unit, who killed off both penalties and went 5-for-5 on the night. Nichols was not only spectacular through the evening, but especially during the Attack’s two-man advantage, making a number of game-saving stops.

McEwan would seal the deal when he tucked home a wraparound shot with just 18.6 left to play as the Storm won 3-1.

It was the Attack’s first loss in regulation this season.

Guelph is back at it on Thanksgiving Monday, October 12, when they head to Oshawa for a matchup against the Generals. Puck drop is at 2:05 PM.

– Tonight’s game was the 2nd of 8 meetings this season. Owen Sound leads the season series 1-0.

– Last year, Guelph went 5-3 versus the Attack in the regular season. Of the 8 times they met last season, 5 of them were decided by one goal.

– 3 of Owen Sound’s 5 games this season have gone to overtime.