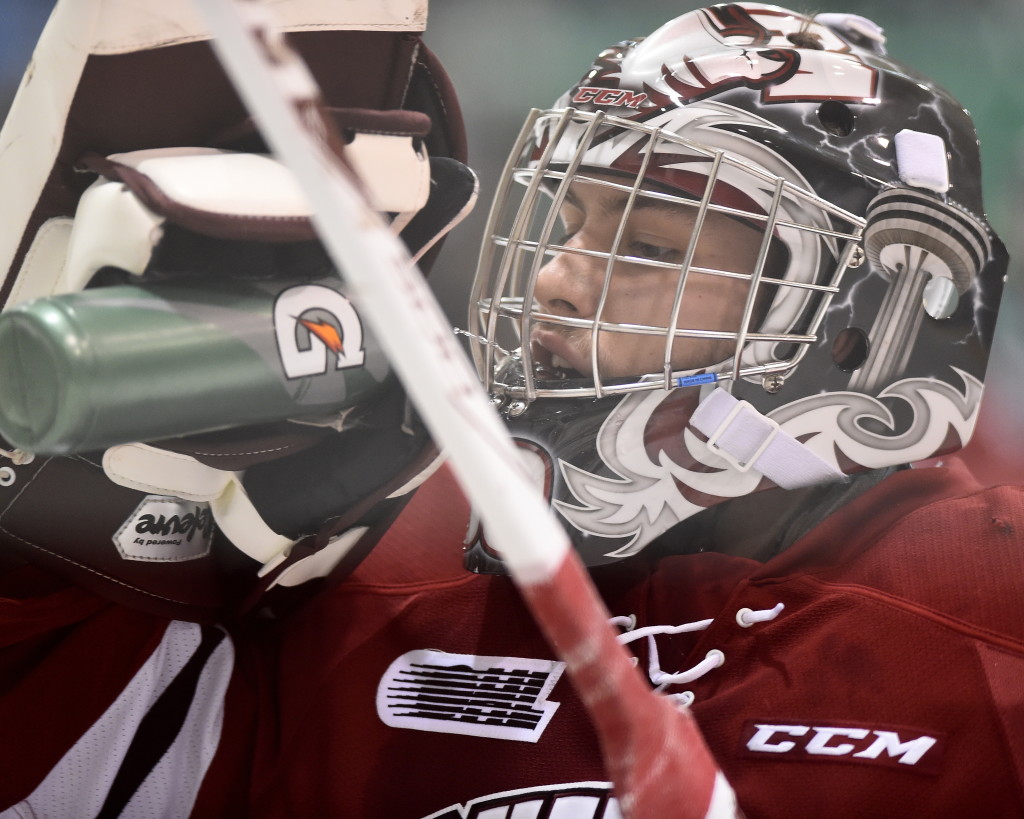 The Guelph Storm wrapped up a successful 2014-15 season on Thursday night with our annual year-end banquet.

Co-hosted by Guelph Storm on Rogers TV on-air personalities Steve Fitzsimmons and Bill Granger, the team presented our annual awards during the event that was attended by nearly 200 guests.

The evening ended with the presentation of the Glad Mowatt Most Valuable Player Award to goaltender Justin Nichols.  One year after backstopping the Storm to the Ontario Hockey League championship, Nichols ranked 3rd in the OHL in minutes, 2nd in saves and 3rd in wins.  The third-year netminder has a remarkable 0.710 winning percentage in 100 decisions with the Storm including 69 wins.

It was a busy evening for Nichols as he also earned the team’s Roger Neilson Award (Top Academic Player Attending College or University) and the Fay Scott Memorial Award (Commitment to Education and Community).