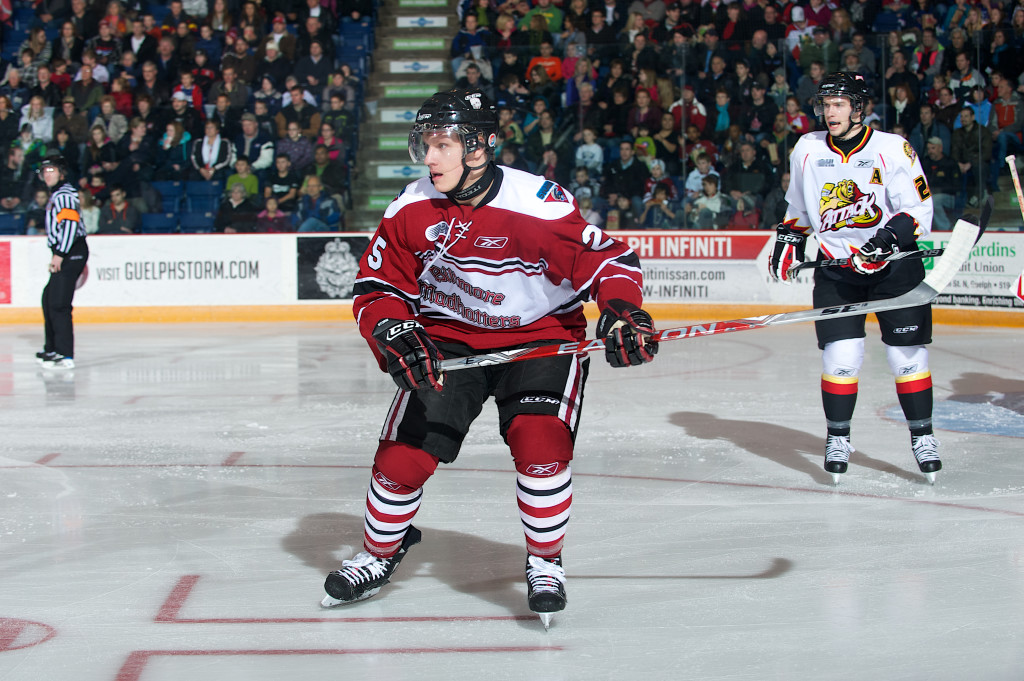 By Tony Saxon – Richard Panik has a few things on his mind these days.

First and foremost the skilled Guelph Storm forward, who hasn’t played since suffering a high ankle sprain Feb. 11 in a game against Brampton, wants to get back in the lineup.

Then there’s the matter of a trip back to Slovakia this weekend to take an exam that will allow him to graduate from high school.

And Panik still hasn’t signed with the Tampa Bay Lightning, the team that chose him in the third round of the 2009 NHL draft. If he’s not signed by this June’s draft, Panik goes back in the draft.

“It’s getting better. I can skate normally now,” Panik said Wednesday after the Storm practice that saw him partake in skating drills but no contact. “I think next week I will be able to play.”

The Storm plays in Sarnia Thursday and at home Friday against the London Knights. Panik will definitely miss those games.