Russia eliminates Switzerland in shootout to advance to Semis 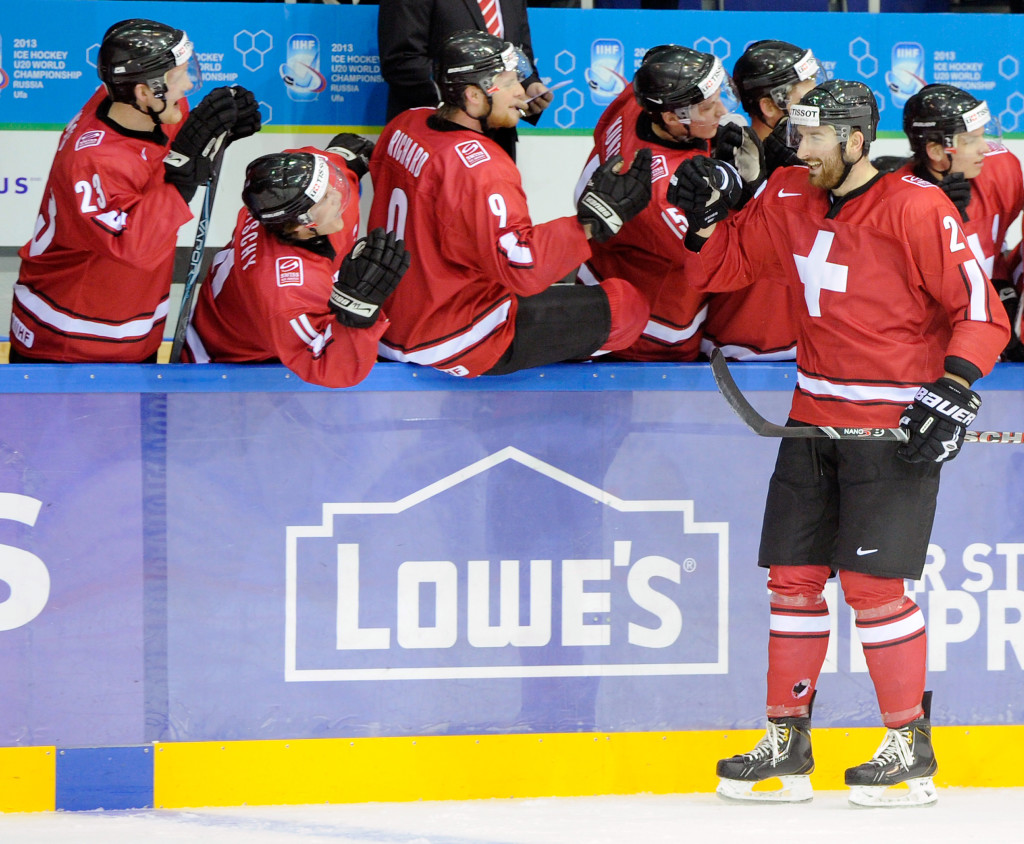 Nikita Kucherov scored a late third period goal and the shootout winner as Russia advances to the semifinals with a 4-3 victory over Switzerland.

The host nation will face Sweden, Thursday at 8am et/5am pt on TSN, for a spot in the World Junior Hockey Championship final.

Sven Andrighetto had given Switzerland a third period lead with an even strength goal earlier in the period.

Russia played a man down as forward Valeri Nichushkin was forced to sit out after being assessed a five-minute major and game misconduct for checking Canadian defenceman Tyler Wotherspoon from behind in a loss to Canada Monday.

Storm forward, Tanner Richard was selected to shoot in the shootout, but failed to score. The Swiss will face the Czechs on Friday at 8:00am