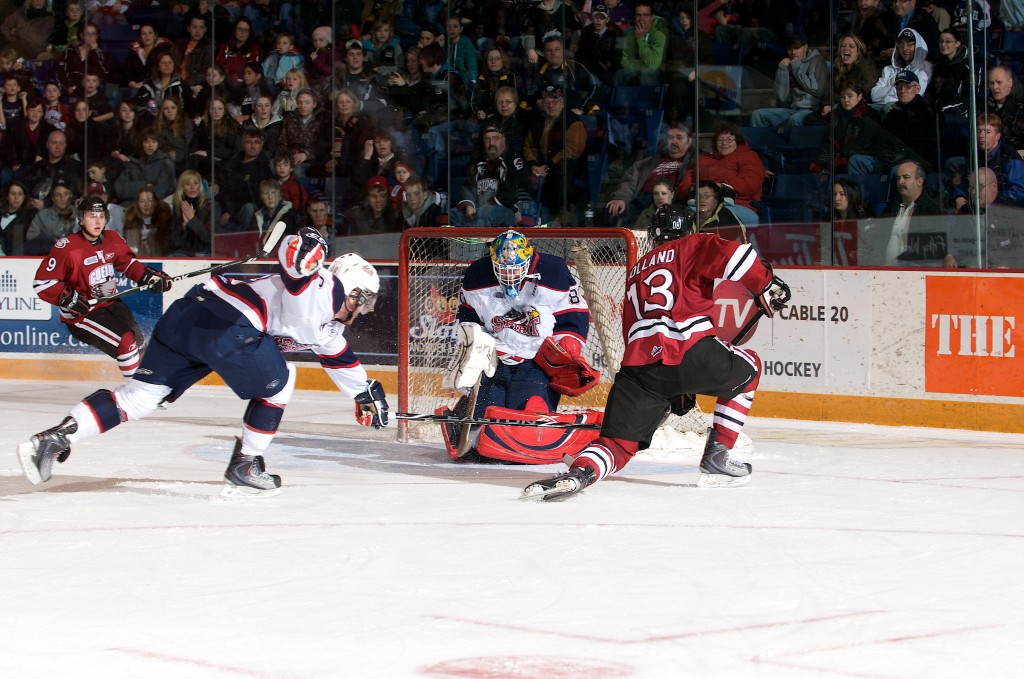 By Tony Saxon, Guelph Mercury – Those who don’t like fighting in hockey, cover your eyes.

A couple of spirited second-period scraps were getting some of the credit for the Guelph Storm’s 4-3 come-from-behind win over the Saginaw Spirit Friday night at the Sleeman Centre.

Trailing 2-1 after two periods, a pair of fights late in the period helped fuel a third-period rally that saw Guelph score three times in the opening 3:21 of the third to earn the win.

“The VanLaren fight, the Latta fight. They kind of woke us up,” Storm assistant coach Chris Hajt said. “To find a way to win like that in the third and to show the emotion, that was the best thing.”

“Between the second and third periods (in the dressing room) they had the right frame of mind. They weren’t down,” Hajt said, adding that the team appears to have a bit of its swagger back lately.

The win was the Storm’s third in a row — the first time it’s done that since mid-October. It also moved them to within five points of the idle Owen Sound Attack for the final playoff spot in the conference.