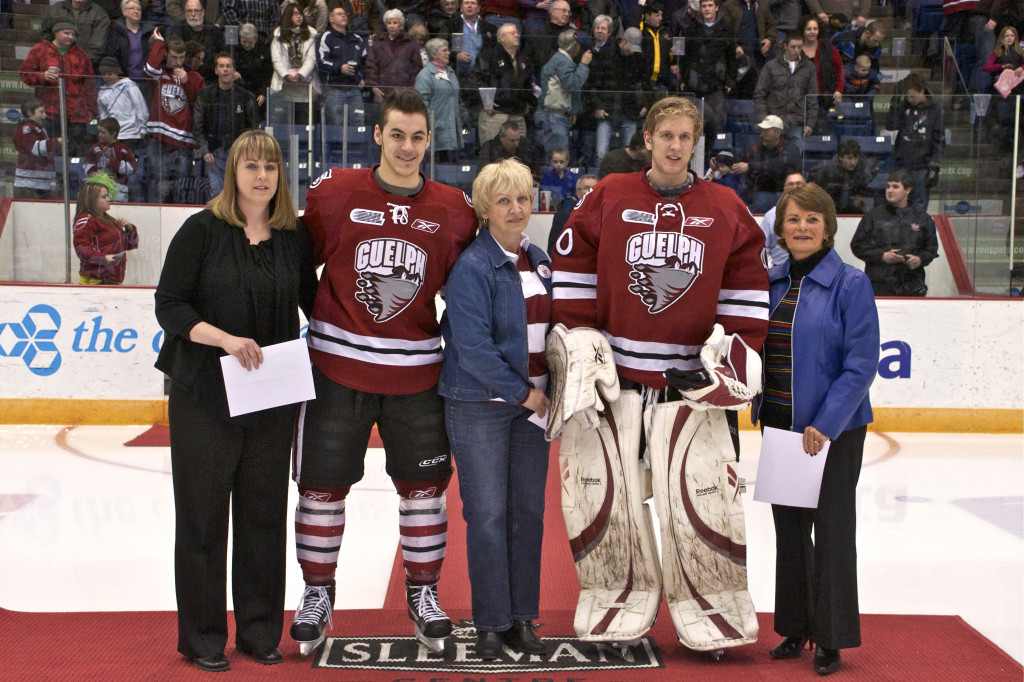 The Guelph Storm honoured defencamen Kyle Pereira and rookie goaltender Garrett Sparks with a couple of academic awards before the fourth game of the Western Conference Quarterfinals against the Saginaw Spirit last Thursday night.

The Storm’s 2010/11 nominee for the OHL’s Roger Neilson Academic Award, given each season to the top student in a post-secondary school program is Kyle Pereira. The Storm’s third year forward had the top academic marks as a university student and received $200.00 from the Storm Trackers Booster Club for his successful year.

Guelph also announced their nominees for the 2010/11 Ivan Tennant Memorial Award as top high school student and the Paul Fendley Memorial Student Acheievement Award (Bobby Smith Award) before Game Four. Rookie goaltender Garrett Sparks was awarded with both awards, excelling in his high school courses, the Elmhurst native was presented with a $200.00 cheque from the Guelph Storm Trackers Fan Club for winning the Ivant Tennant Memorial Award and two $2,000 entrance scholarships to his chosen university for representing the Storm as the nominee for the Bobby Smith Scholastic Player of the Year.