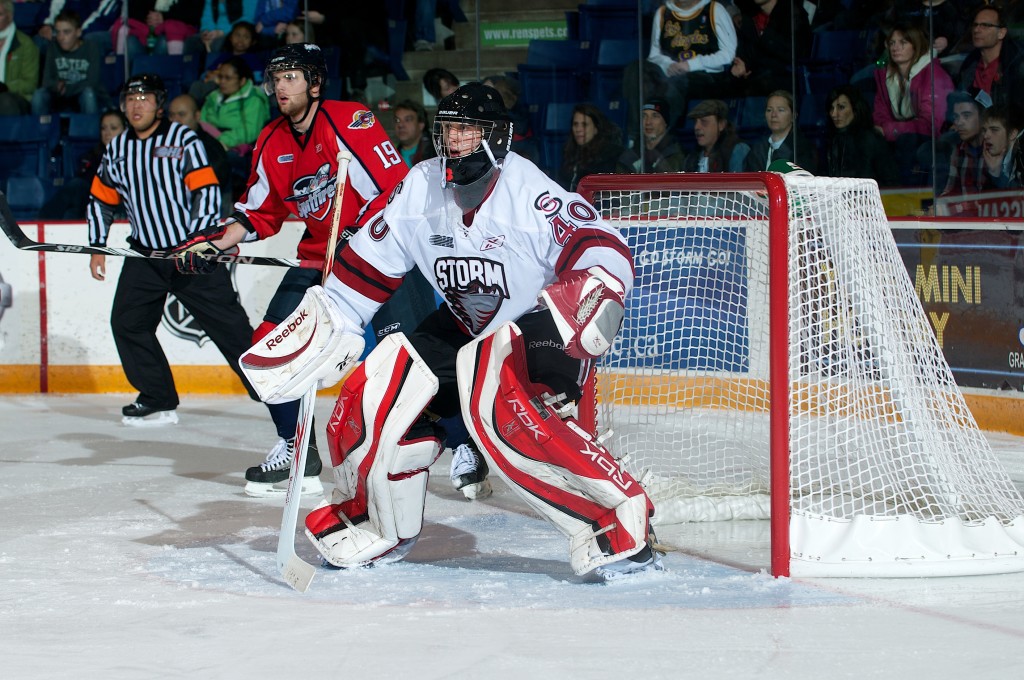 Not much rattles goaltender Garrett Sparks.

Even giving up a goal just 13 seconds into the game, like he did on Sunday night, doesn’t phase the 18-year-old, who plays for the Guelph Storm.

“I’ve let in opening shift goals for as long as I can remember. It happens, but you can’t let one hiccup effect you for the next 60 minutes because it will destroy your game,” said Sparks, Toronto’s 8th choice (190th overall) in the 2011 draft. “You have to get over it quick and make the next save and give your team every chance to win.

“It was a textbook way for a goalie not to start a game.”

But Sparks played flawlessly the rest of the way as the Maple Leaf rookies defeated their Pittsburgh Penguin counterparts 5-1 to remain undefeated in the four-team NHL rookie tournament at Oshawa’s General Motors Centre.