Sparks soaks it up 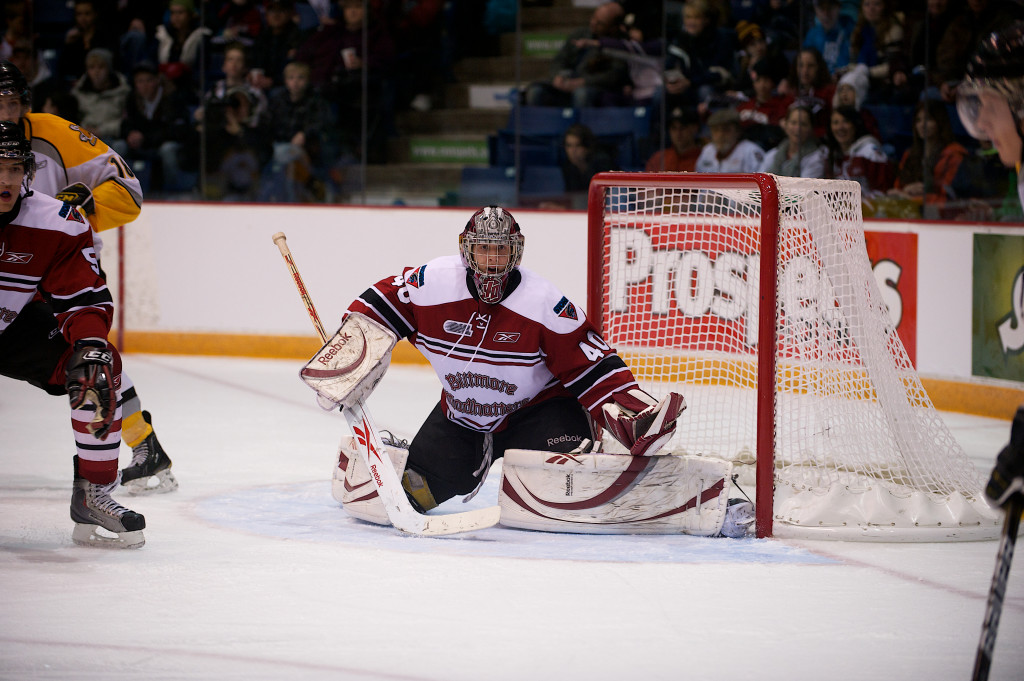 If it’s being preached by Francois Allaire, that’s good enough for Garret Sparks.

Sparks and fellow goaltender Mark Owuya are getting an intense taste of the methods of the Leafs’ netminding consultant at the team’s rookie tournament and, already, Sparks is anticipating what he is going to take back to the Guelph Storm of the Ontario Hockey League.

“It’s calm, under control and there is no chaos involved,” Sparks said. “Never sliding around, puck is always in front of you and you never have to worry about that acrobatic, desperation save.

“I thought I was calm before, but at the same time I played pretty aggressively out of my crease.”

Where Allaire, has had goalies who don’t see eye-to-eye with his instructions — Vesa Toskala was one and there’s talk that Jonas Gustavsson is another — he helped mould Patrick Roy and Jean-Sebastien Giguere into Stanley Cup champions.

Sparks is counting on being the No. 1 goalie with the Storm this season and, for Allaire, that’s a small part of the bigger picture. Since he was hired in June of 2009 by the Leafs, Allaire has stressed the importance of developing goalies from within. In Allaire’s mind, young men such as Ben Scrivens and Jussi Rynnas, as well as Sparks and Owuya, have the potential to be as important in the Leafs’ future as James Reimer and Gustavsson.

“We need to have some kind of talent, where the pool is big enough to where we can adjust pretty quick. That’s what a good organization is. We have to have some depth.