Spirit gearing up for playoff run 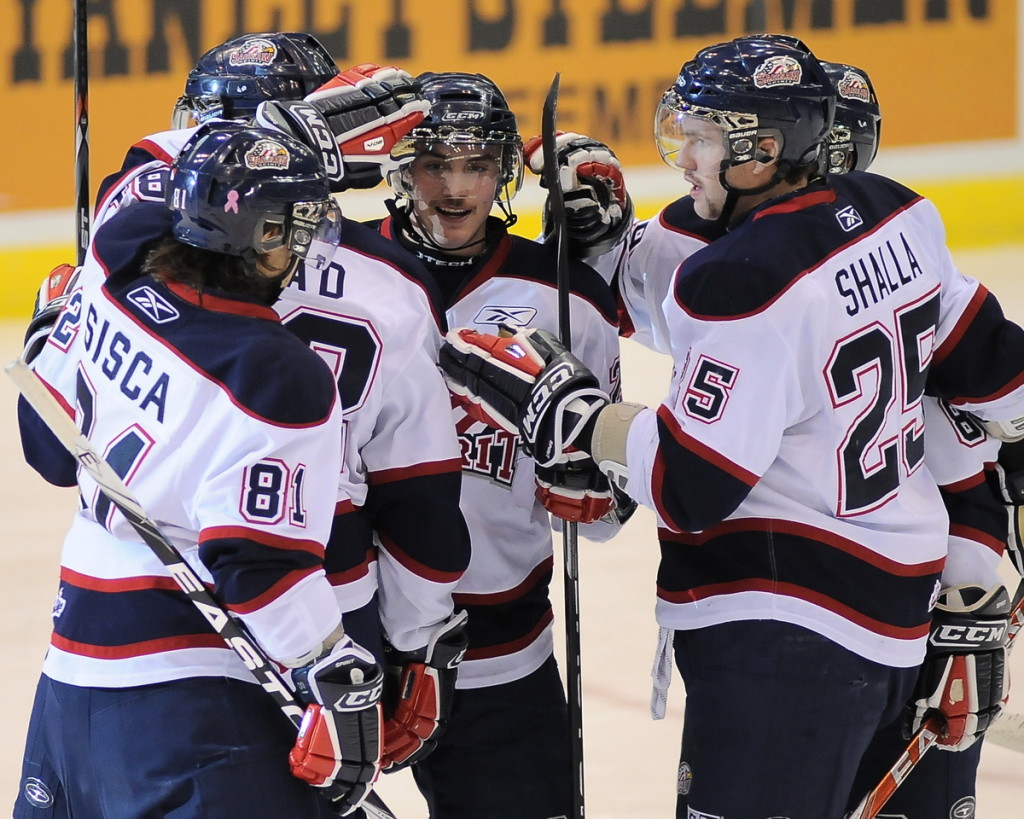 It’s the OHL playoffs starting Friday at 7:11 p.m. at the Dow Event Center. The Spirit host the Guelph Storm in the best-of-seven first-round series. I can’t wait for it to get started.

The Spirit have all the ingredients in place to win the OHL championship — great goaltending, big, strong defensemen and enough guys who can put the puck in the net on any given night.

Saginaw started the season by going out and getting the league’s best goaltender, over-age player Mavric Parks from the Barrie Colts, to play between the pipes. They’ve also got some respectable backups in Tadeas Galansky and Jake Peterson.

Just before the OHL trading deadline, the Spirit beefed up their defense by acquiring Dalton Prout (6-foot-3, 217 pounds) from the Barrie Colts and Brandon Archibald (6-4, 197) from the Sault Ste. Marie Greyhounds.

The Spirit also have an arsenal of offensive weapons led by forward Josh Shalla, who shattered the team’s single-season record for goals set by Ryan McDonough (45) in 2008. Shalla, who had 29 in the first half of the season, finished with 47 on the regular season.

For those who haven’t followed the local junior hockey team, now is the time to catch the playoff Spirit. Saginaw (40-22-3-3) begins postseason play on the heels of its first ever Western Division Conference crown. The Spirit also played well enough to earn the second seed and get home ice advantage through the first two rounds.

“There’ve been some ups and downs and highs and lows,” said Leigh Cunningham, Spirit director of broadcasting and communications. “And even though there were some bumps in the second half of the season, the guys showed a lot of character.”

Look for that character to show in the playoffs and for all the downs to be just a distant memory.

The Storm will not be a pushover. They have battled the Spirit this season, with both teams winning their two home games, and anything can happen when the puck drops in the playoffs.

CLICK HERE TO READ THE COMPLETE STORY AT OURMIDLAND.COM