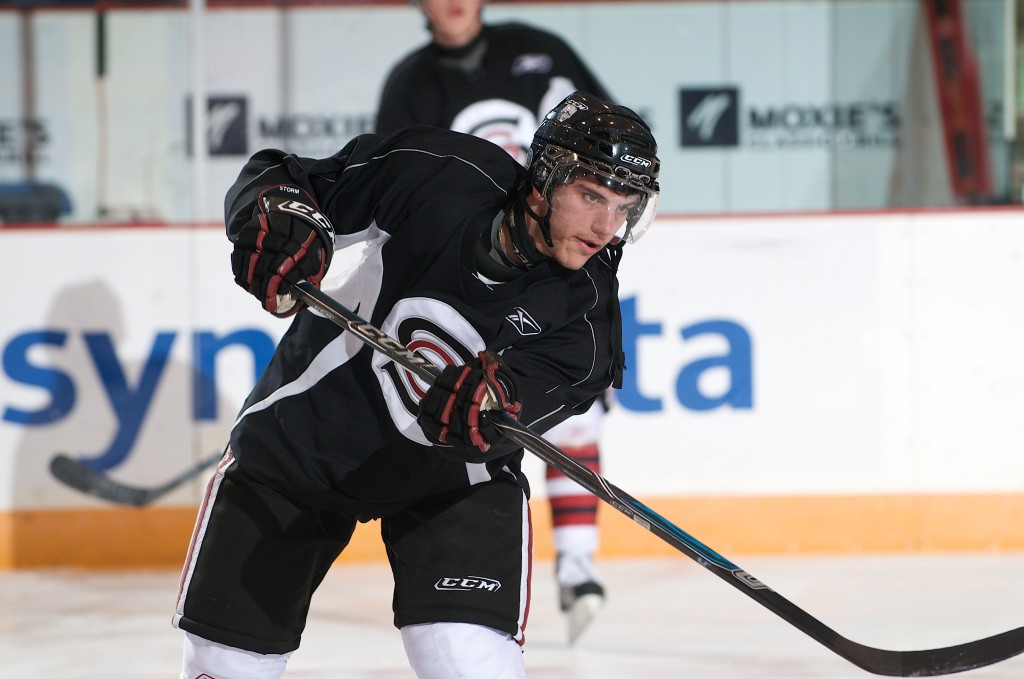 By Tony Saxon, Guelph Mercury – J.P. Labardo just wanted to play hockey. Now he’ll get to do it in Oshawa.

Hours before losing to the Saginaw Spirit 5-4 in Saginaw Friday, the Guelph Storm traded the second-year winger to the Oshawa Generals along with a sixth-round pick that originally belonged to the Windsor Spitfires.

In return the Storm receives a pair of fourth-round draft picks, one in 2010 that was originally Belleville’s and one in 2011 that was Plymouth’s.

“J.P. feels a change is necessary and we had the opportunity to get something back that could help us. Maybe we can get something with those picks,” Storm coach/general manager Jason Brooks said Friday afternoon.

“Let’s just say it didn’t work out (for Labardo) here. He felt he was in a bit of a stalemate situation. Hopefully he can have a great career in Oshawa,” Brooks said.

Labardo was the 40th player selected in the 2008 Ontario Hockey League Priority draft after scoring 50 goals in midget hockey for the Markham Waxers.

Brooks said he doesn’t like trading away young players, but sometimes it’s what’s best for the team and the player.

“If he feels he’s not being utilized the way he should be, then it’s best he move on,” Brooks said.