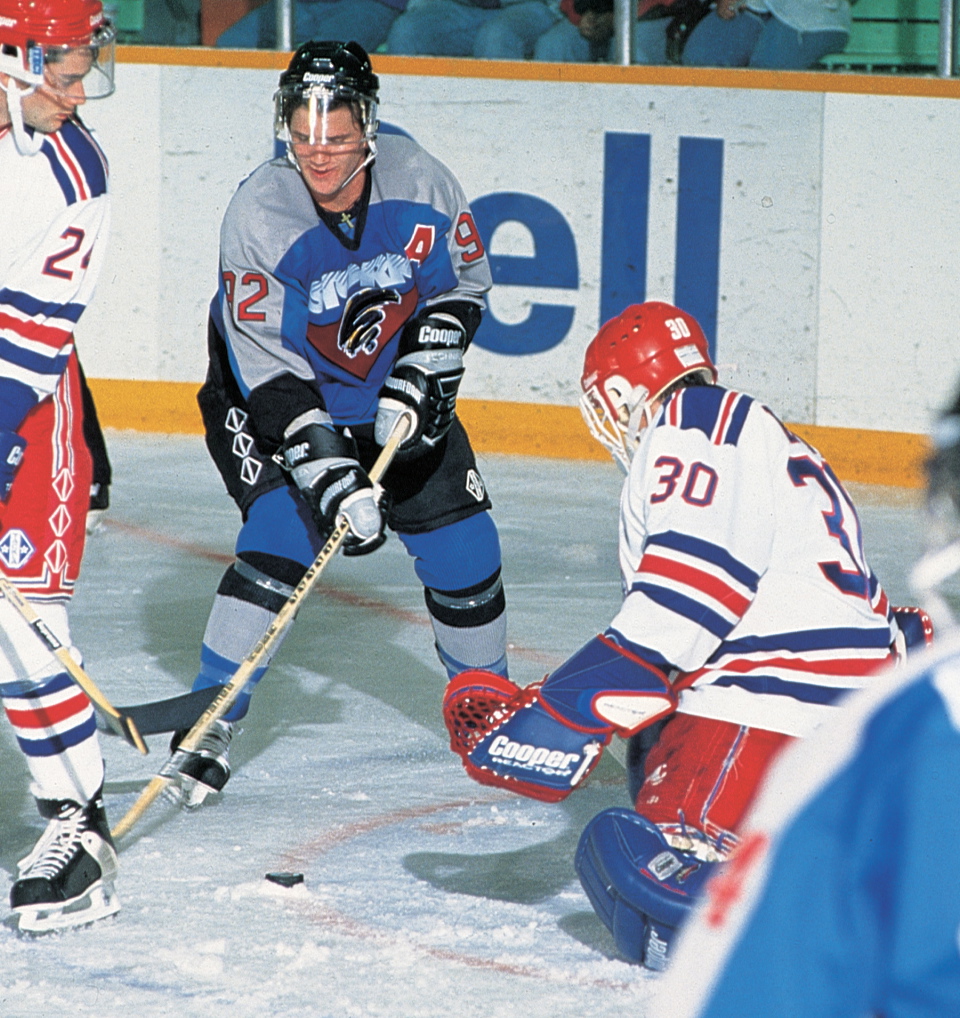 The 2012 OHL Priority Selection will be conducted online on Saturday, April 7. With the sixth choice of the draft, Guelph Storm GM and Vice President Mike Kelly along with his scouting staff will certainly have the opportunity to add an elite player to the club for what looks like an exciting season in 2012-13.

GuelphStorm.com looks back at OHL Priority Selections in team history including several that were headed by Kelly during his last tenure with the Storm.

After a forgettable first season in the Royal City where the Storm finished with a dismal 4-51-11 record and missed the OHL’s post season for the only time in team history, the Storm owned the first overall pick in 1992.  Storm GM Mike Kelly’s pick would be another cornerstone towards quickly turning around a franchise that had only 32 wins combined in the previous three seasons.  The 1992 Priority Selection was held at the historic Maple Leaf Gardens in Toronto.

Kelly would hit a home run with the selection of Jeff O’Neill, who would go on to claim the OHL’s Rookie of the Year in 1992-93 and set virtually every scoring record in Storm history.  A total of 11 players from the 1992 draft went on to play in the OHL and formed the nucleus for a Storm team that would be a powerhouse franchise in the league for years to come.

Two players including O’Neill would advance to the NHL after their junior career with 9th round pick Rumun Ndur playing 69 games between the Buffalo Sabres, New York Rangers and Atlanta Thrashers.

In total, the 11 players from the draft that skated in the OHL played in 1,535 games including Fredrik Oduya, the last player selected by Kelly that day, who played three seasons and 152 games between Guelph and Ottawa.

Below are the Guelph Storm’s 1992 OHL Priority Selections picks.  The combined Guelph Storm and CHL totals for the 16 players selected that day are at the bottom of the table.