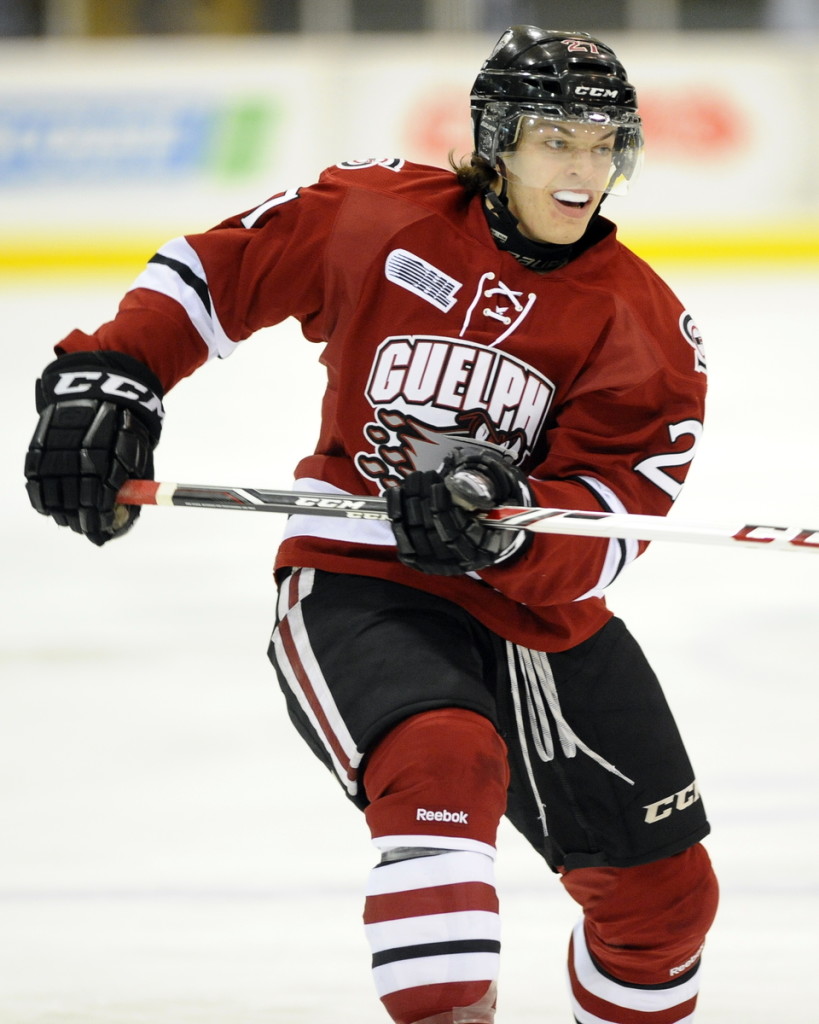 In a battle of goaltenders, it was Michael DiPietro and the Windsor Spitfires who came out victorious over Justin Nichols and the Guelph Storm Friday night at the Sleeman Centre.

The Spitfires used a late goal in the opening frame and an early marker in the second to propel themselves to a 2-1 win over the Storm.

The loss snapped a five-game winning streak for Guelph against Windsor, dating back to the 2013-14 season.

Aaron Luchuk poked in a loose puck roaming around Justin Nichols 4:04 into the middle frame to give the visitors a 2-1 lead after Bradley Latour banged in a lost puck on a power play in the crease of Nichols with 1:42 remaining in the first period.

The two Windsor goals came after Garrett McFadden opened the scoring for Guelph.

McFadden sprung into open ice and found himself on a breakaway, where he wristed a shot over the net before it bounced off of the glass and hit DiPietro, the games first star, in the back and fell across the line.

Playing each other four times over the next month and a bit, the second period saw an increase in physical play and post-whistle scrums as the intensity rose. While both teams had three power play opportunities, it was Windsor and their sixth-ranked power play team who scored the only special teams tally.

All three goals in the game came as a result of odd bounces, pointing to the tremendous performance each goalie displayed as they constantly made it difficult for opposing shooters throughout the evening.

Entering the game, both Nichols and DiPietro ranked in the top 4 in the league in both goals-against-average and save percentage, setting the stage for a low-scoring affair.

Nichols finished with 29 saves in the loss and DiPietro turned away 36 of his own for the win.

The Storm are back at it tomorrow night in Erie for the second game in their current ‘3-in-3’. Puck drop is slated for 7:00 PM.

– Tonight’s game was the 1st of 4 meetings between Windsor and Guelph this season; Last year, Guelph won all 4 meetings