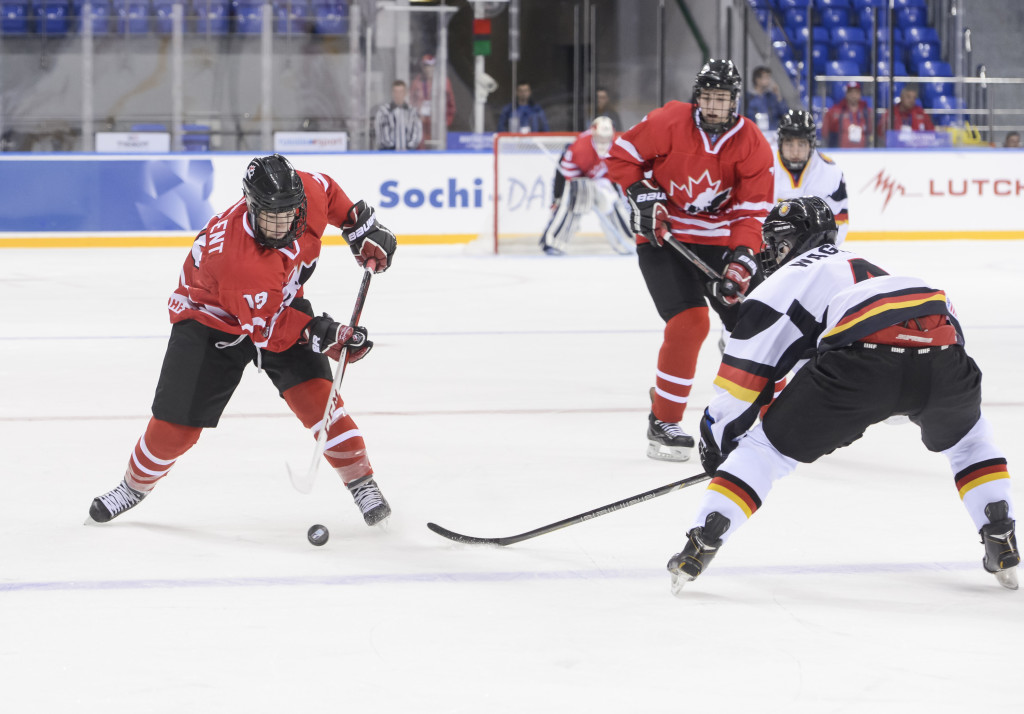 Guelph Storm forwards Jason Dickinson and Hunter Garlent (pictured) along with their Team Canada U18 teammates will play in the championship game on Sunday in Sochi, Russia.

With Dickinson on the sidelines after suffering a lower body injury earlier in the tournament, Garlent and Team Canada edged Finland 3-1 in the semifinals on Friday.  The Canadian U18s will await the winner of Friday’s other semifinal match up between the host Russian club and Team USA.

After a scoreless first period, the Canadians scored twice in the second to grab a 2-0 lead.  Finland cut the lead in half in the third period, before Samuel Bennett into an empty net gave the Canadians some much needed insurance in the final minute.

Team Canada has only captured gold one time since 2004 in the U18 World Championship.  Last year, Canada earned bronze.

During the preliminary round, Russia edged the Americans on their way to top spot in Group A.  Team USA are the four-time defending champions in the event after defeating Sweden in the Czech Republic in 2012.

The tournament is being played at the two arenas that will host the 2014 Winter Olympics hockey in Sochi, Russia.