Storm honours its best player ever 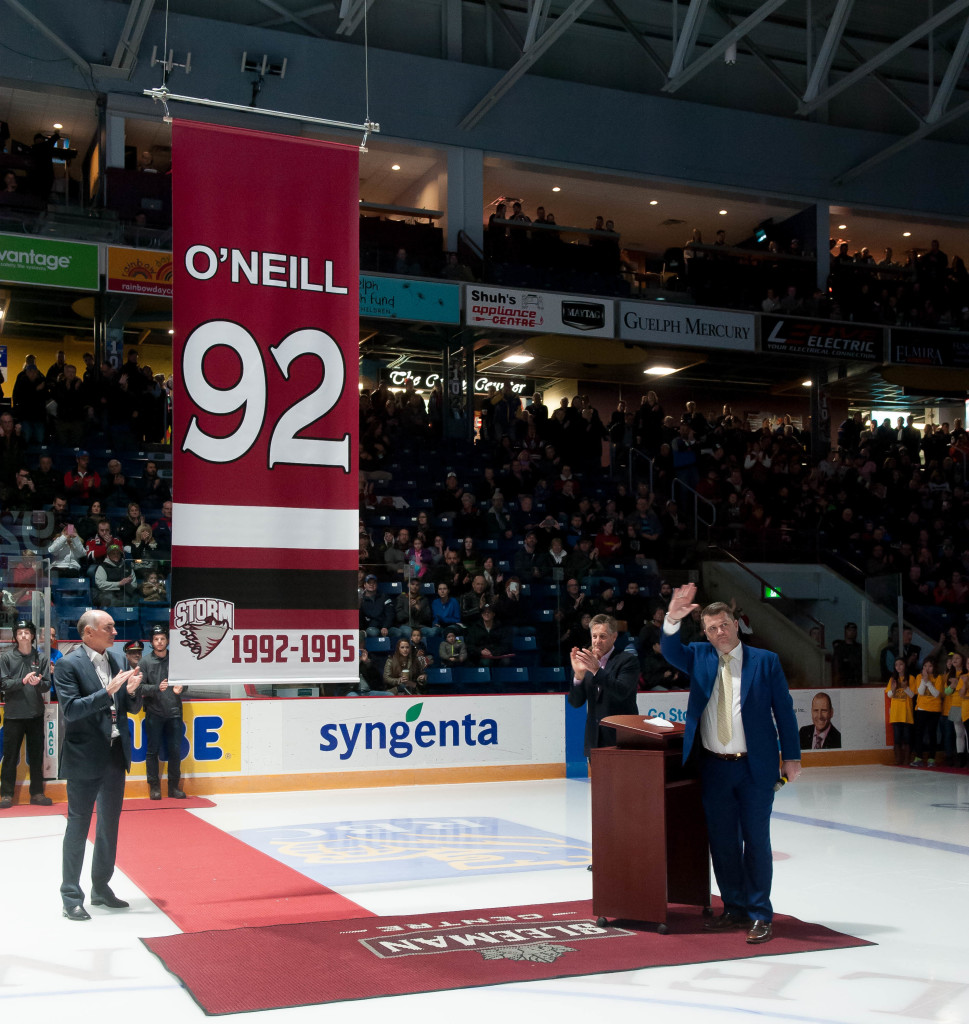 The greatest player ever to wear a Storm uniform was honoured in a pre-game banner ceremony prior to Guelph’s game versus the Kitchener Rangers.

O’Neill, 39, had a chuckle during a video featuring former teammates, management and even his billet, who affectionately called him “a slob.”

Then he choked back tears as he thanked his family, watching from a private box, and wiped another away as Storm co-owners Rick Hoyle and Rick Gaetz raised the large maroon and white banner bearing his number 92 to the rafters.

“This is an unbelievable honour for me. It’s not something I ever dreamed or imagined when I first came here,” O’Neill said.

“My main goal coming here was not for this day, but to put Guelph back on the map as a great junior hockey city and that was my goal and that was all my teammates’ goal,” he said.

O’Neill was the first pick in the 1992 OHL draft by the Storm and went on to become the only player in their history to win the league’s rookie of the year award.

He would go on to record 372 points in three seasons in Guelph before moving on to an 11-year career in the National Hockey League with Hartford, Carolina and Toronto.

O’Neill also had some kind words for the fans, saying he couldn’t thank them enough.

“Being a 16-year-old guy and being able to come out here and play hockey in front of you was the greatest thing in my life,” O’Neill said. “I played in the NHL buy my greatest hockey memories came in this city and I want to thank all of you for that.”

He now works for TSN as a radio host and television commentator.

Roughly 40 Storm alumni were also in attendance at the game, enjoying a pre-game skate with family then watching from a private box.