Storm reveal Top 25 of All Time 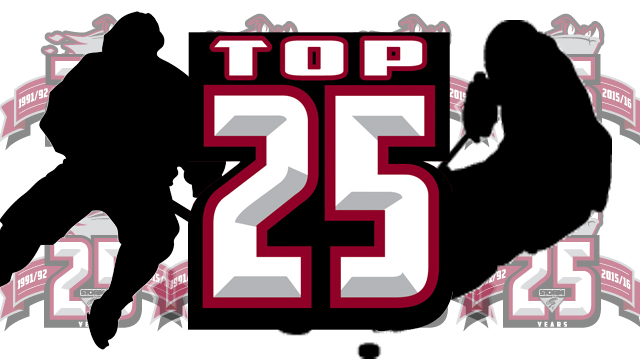 Over the past month, Storm fans have voted for the players they think should round out the final 5 in our Top 25 Players of all Time. The Top 20 was previously selected by local media and a few longtime Storm staff members.

The votes are in and have been tallied. Below are the final five as voted by you, the fans.

Players selected played a minimum 66 games in a Storm uniform (including regular season and playoffs) and voting was based on their time in a Storm uniform and not their career elsewhere.
The Top 25 players will be recognized in designs found inside the Sleeman Centre and in Storm marketing during our 25th Anniversary Season.