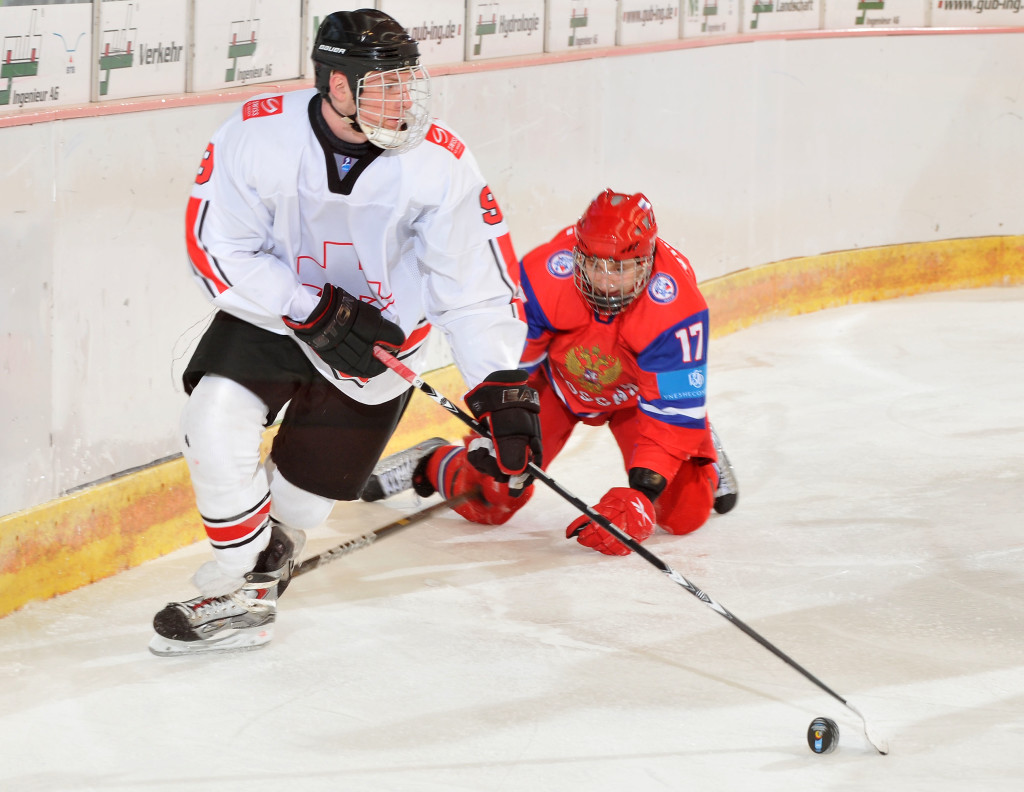 “We are excited to select Tanner.  He is a very good player who already has experience playing against men in a very strong Swiss A League,” offered Kelly.

After beginning the season with Rapperswill Under-20 in the Swiss Elite Jr A league where he picked up 56 points (13/43) in 38 regular season and playoff games, Richard finished the season with Rapperswill’s Senior Team in the Swiss Elite League.  As a 17-year old, Richard saw action in four regular season games along with four relegation games where he tallied a single assist.

“Richard has huge upside.  He fits our need for a top 6 forward who will be with us for the next two seasons,” added Kelly.

In their NHL Draft preview, Red Line Report describes Tanner as follows: “Unheralded centre has quietly been coming on over the last two months of season.  Has good size and strength to go along with a powerful stride and good acceleration.  Gets up to full speed in two strides.  Has really soft hands and a quick stick with good puckhandling skill.  Can beat defenders 1-on-1 off the rush with slick moves.  Made great power move to the outside before roofing a short-side goal in key one-goal win over Slovakia [at recent World Under-18 Championship].”

Competing against the best players under-18 players in the world, Tanner led the Swiss national team with four goals in six games and added an assist.  The talented forward was also named Player of the Game in two tournament contests.

Interestingly, the Swiss forward will arrive in Guelph as the second member of his family to play for the franchise.  Tanner’s father Mike, played four seasons in the OHL with the Toronto Marlboros in the mid-80’s before the club relocated to Hamilton on their way to the Royal City for the 1991-92 season.  The OHL Overage Player of the Year in 1986/87, Mike Richard went on to play 7 games in the NHL and 214 AHL contests, before moving to Europe where he spent several seasons in the Swiss Elite League.

“An added advantage is that Tanner plays a physical, North American style already.  Plus as a Swiss/Canadian, he has spent most summers in Ontario visiting with relatives, so it should be an easy adjustment for him on and off the ice,” Kelly said.

The Storm will open their 21st training camp in Guelph on August 30th, before opening the 2011/12 regular season in Windsor on September 22nd.  One night later, the Storm will host the defending OHL Champions, the Owen Sound Attack on Friday, September 23rd in their 2011/12 Home Opener.

A playmaking forward, Tanner lead his junior-team of Rapperswil to a third place finish in this year’s championship. Tanner Richard is the son of former North America-pro and Canadian Mike Richard, but is born, raised, and trained in Switzerland. He has good hands, a nice wrist shot, and a high hockey-IQ. He loves to play at a high intensity and often takes the risky over the safe play. Tanner Richard was among the better players on a disappointing U18 team Switzerland at the recent World junior championship.