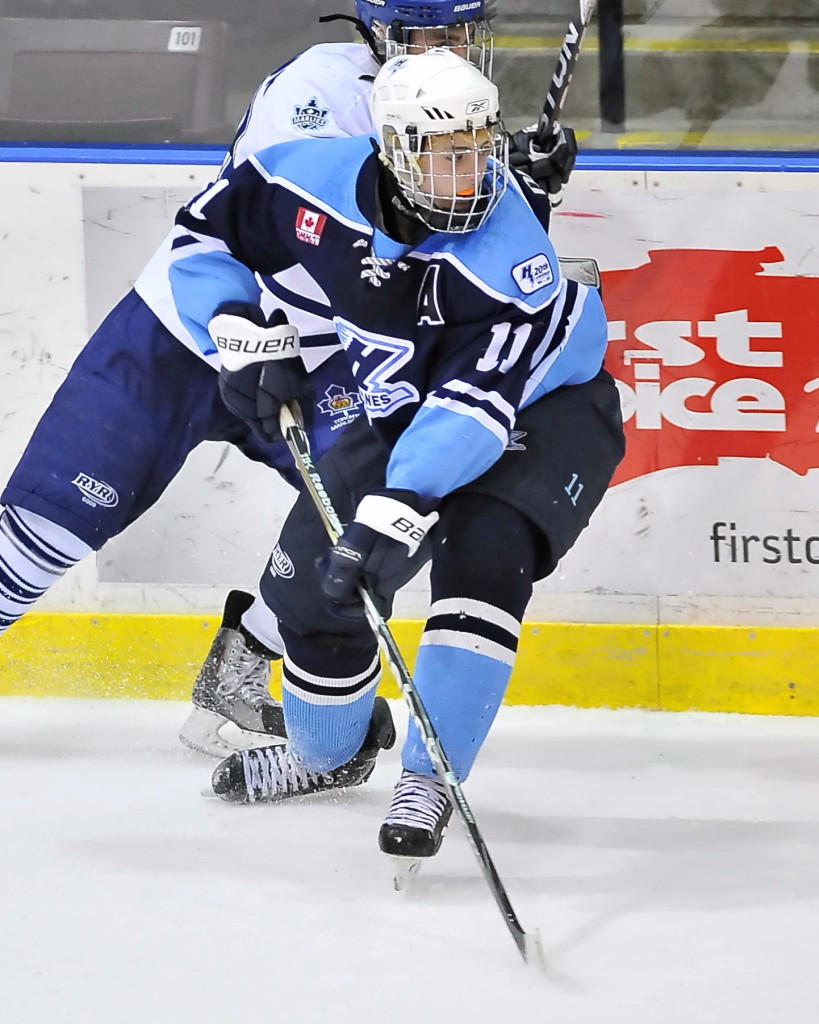 The Guelph Storm Hockey Club announced today that Jason Dickinson, the team’s 2nd round pick in 2011, has signed an Ontario Hockey League contract with the team.

The Georgetown native had 45 goals and 34 assists for 79 points in 59 games playing Minor Midget with the Halton Hurricanes last season. Considered a skilled, physical forward at 6’1, 170 pounds, Dickinson produced at over a point per game pace last year. Along with fellow Storm picks Ben Harpur, Brody Milne and Adam Moodie, the 16 year old competed at the OMHA Under-17 Program of Excellence Final Camp at the University of Guelph in May. He recorded one goal in four games at the OHL Cup.

“Jason brings a combination of size, grit and skill to our forward ranks.” Storm Vice President and GM Mike Kelly said. “The fact that he can play both centre and wing will make him a very versatile and valuable addition to our team.”

Dickinson will join the rest of the Storm when training camp opens at the Sleeman Centre on August 29th.  Tickets for all Storm pre-season and regular season games will go on sale on Monday, August 22nd starting at noon.