Storm wraps up pre-season with loss 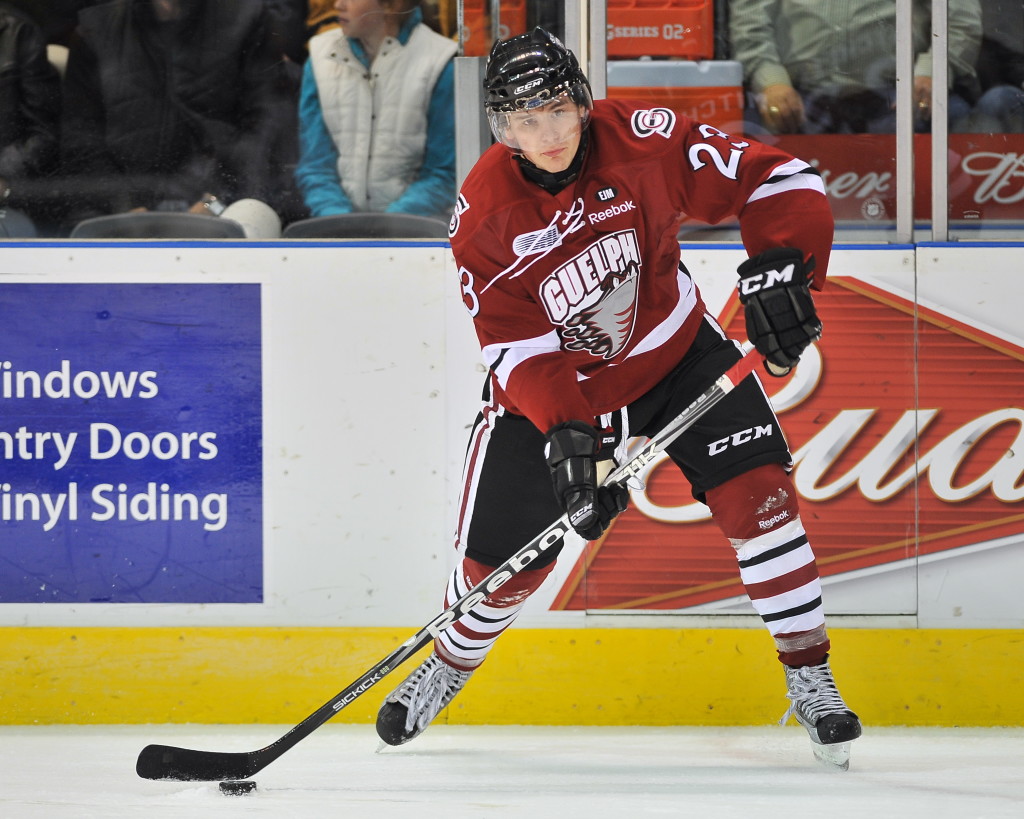 Zack Mitchell and Justin Auger each scored in a 4-2 road loss for the Storm in Barrie.  Guelph opens their regular season on home ice on Friday, September 22nd at 7:30 pm versus the Saginaw Spirit.

By Stephen Sweet, Barrie Examiner – Call it a dry run.

The Barrie Colts looked sharp in their final pre-season game at home on Saturday night, defeating the Guelph Storm 4-2.

Given their level of play, it seems that the Colts are pretty much ready to roll when the real games start.

“I think we really tried to play this game like a regular season one,” said Colts defenceman Ryan O’Connor.

“It was the last exhibition game and we really wanted to get that win to carry that momentum into the regular season.”

The Colts took advantage of Guelph’s haphazard start to take an early lead.

After the Storm got caught with too many men on the ice at the end of their first shift, Barrie won the draw on the ensuing power play and never let the puck leave the zone.

Steven Beyers blocked a clearing attempt and eventually worked the puck around to Mark Scheifele, who snapped a shot from the high slot over the shoulder of Guelph starter Garret Sparks to put the Colts on the board.

Barrie took nine shots on goal before Guelph had its first, but Sparks kept the lead from increasing.