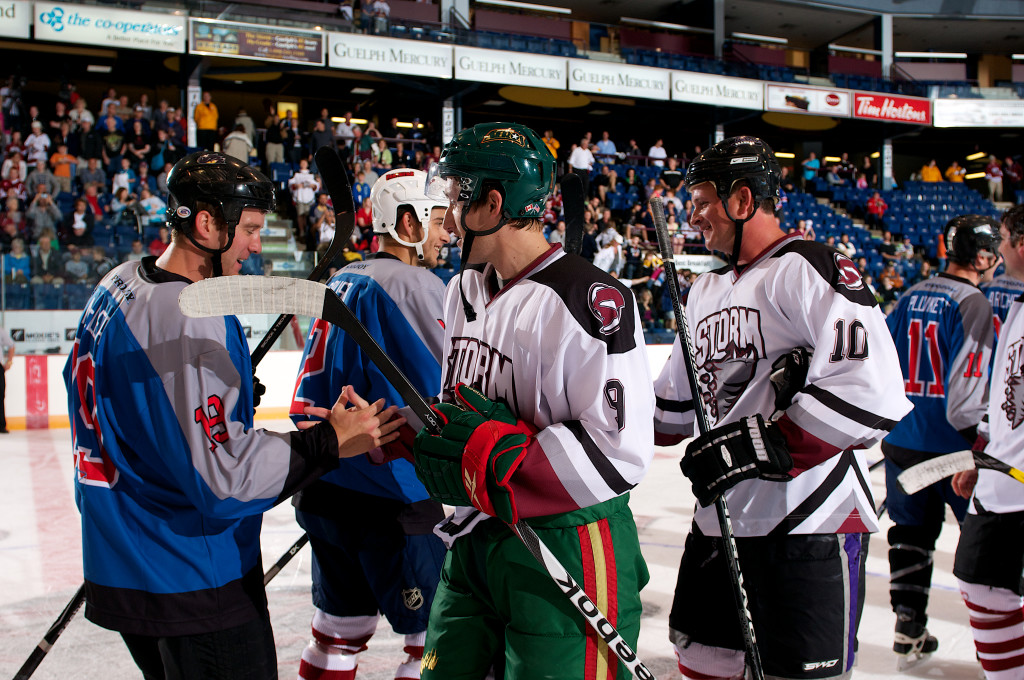 The Guelph Storm Hockey Club along with the Guelph Storm Alumni Association would like to thank everyone that graciously supported their two-day fundraiser in support of Andrea Vellinga held on September 23rd and 24th.  Thanks to the generosity of Guelph Storm fans and the efforts of the many volunteers that made the event possible, we are proud to announce that $16,500 were raised.

On August 13th, an accident in Indiana that made headlines across America touched the Guelph Storm family when Andrea Vellinga – the wife of former Storm player Mike Vellinga was critically injured in the Sugarland stage collapse.

At the Guelph Storm’s home opener against the Owen Sound Attack, thanks largely to the efforts of the Guelph Storm Alumni Association, several former players and their family members helped to raise money for the medical bills of Andrea as she remains in an Indiana hospital recovering from injuries sustained in the accident.

During the game, a silent auction was held giving fans the opportunity to bid on some incredible items that were generously donated by former Storm players, as well as other current NHLers.

Also during the game, Storm alumni and family members collected cash donations throughout each section of the Sleeman Centre.

Please keep the Vellinga family in your thoughts and prayers. To keep up to date with both fundraisers as well as Andrea’s progress, join the Facebook group Guelph Storm Benefit for Andrea. If you were unable to attend these two fundraisers, but would like to help you can donate online by clicking the link below.