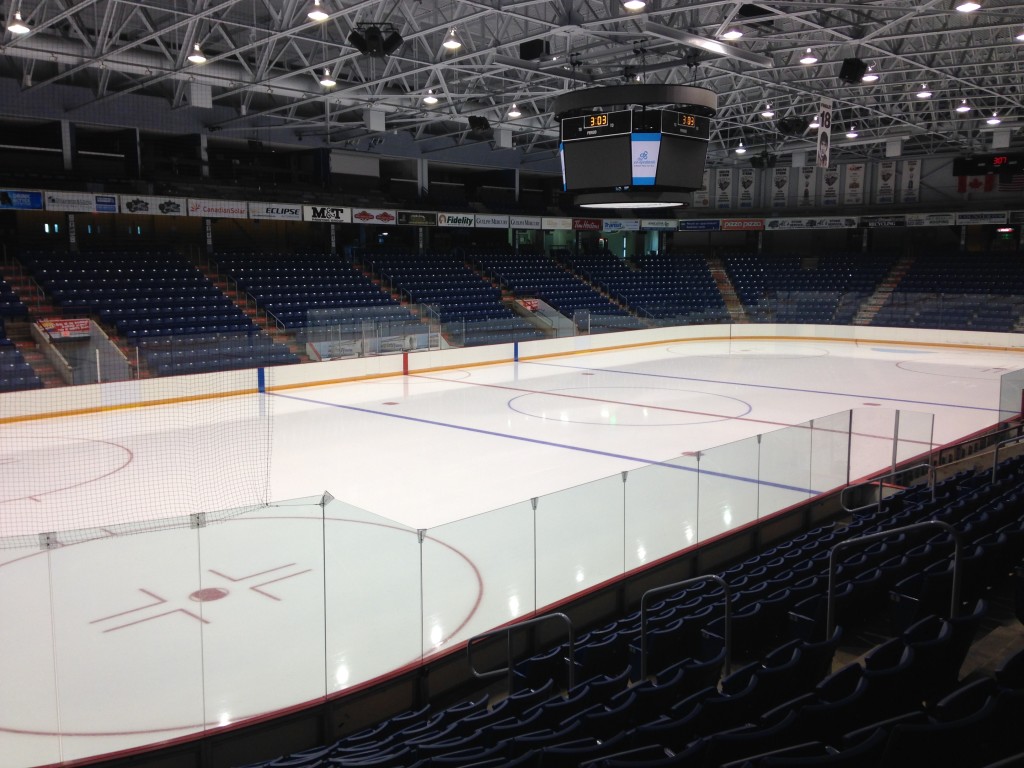 Following Day 1 fitness testing, the 2014 OHL Champion Guelph Storm took to the ice for the first time in preparation for the 2014/15 OHL season.

With 15 returning players, competition for jobs is fierce and was evident early on during a trio of physical scrimmages.

Team Red and Team White kicked things off during the first scrimmage at 10am. Goals were hard to come by as returning goalie Justin Nichols and Bradley Van Schubert went toe to toe.

2014 OHL Playoffs MVP Robby Fabbri opened the scoring early on, and a late goal in the second half of the scrimmage by 2014 fourth round pick Nic Sicoly tied the game.  The 1998-born Sicoly was able to convert on a nice pass from fellow fourth round pick Cole Gallant.

The final scrimmage of the morning saw an offensive break out by Team Black and Team Red. Veteran Tyler Bertuzzi netted both goals for Team Red, playing on a line with fellow veterans Robby Fabbri and Justin Auger. Team Black won the game 4-2, with defenseman Kyle Rhodes scoring the game-winner on an incredible snap shot over the blocker of Gabe Mollot-Hill. 2014 seventh round pick Kyle West finished off a tic-tac-toe passing play by James McEwan and Ryan Horvat for the fourth goal of the scrimmage for Team Black.

Among the newcomers, James McEwan and Nic Sicoly stood out as two players to watch as camp continues. Veterans Robby Fabbri, Tyler Bertuzzi and Justin Auger looked like they hadn’t missed a beat since last season ended.