Two out of three ain’t bad for Storm 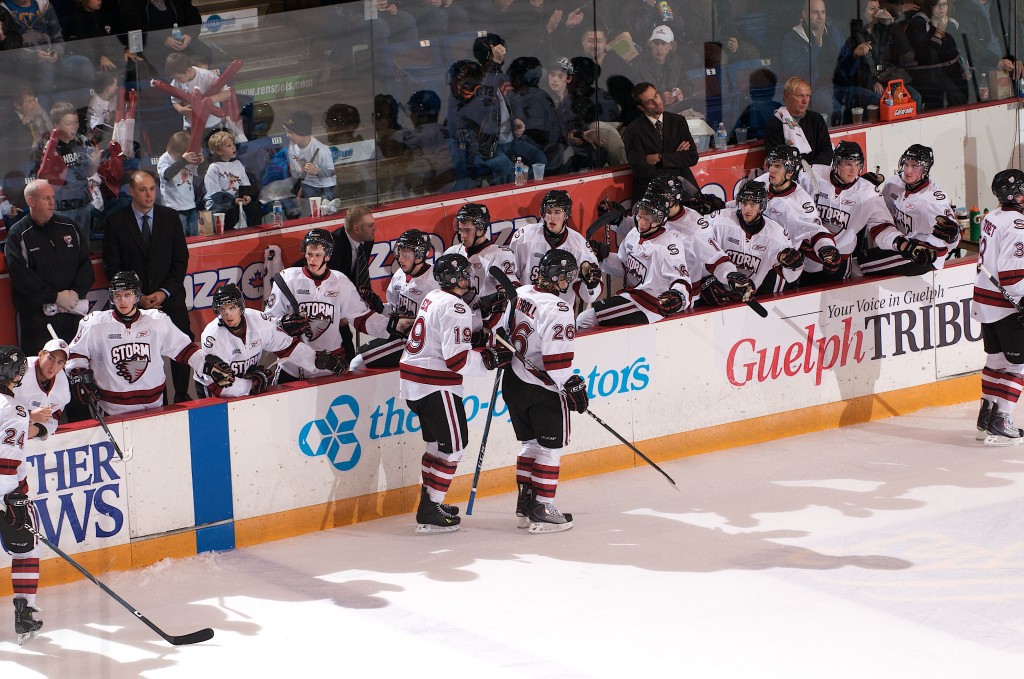 By Tony Saxon, Guelph Mercury – Three wins would have been nice, but a two-win weekend is still pretty good for the Guelph Storm.

While the Storm did drop a 4-3 decision to the Saginaw Spirit Sunday afternoon in Saginaw, it came out of the weekend with two wins. Saturday Guelph downed Plymouth 3-2 in Plymouth and Friday they beat the Peterborough Petes at home.

Storm assistant coach Chris Hajt said the team had plenty of opportunity to make it a three-win weekend Sunday against Saginaw.

“There was a couple of minute span in the third period where we were asleep at the wheel, but other than that, we’re pretty happy with the way we played (Sunday) and Saturday in Plymouth,” Hajt said over the phone on the bus ride home from Michigan.

“It’s hard to win on the road but we played very well against two good teams.”

The Storm fell behind 2-0 in the first period Sunday on Spirit power play goals from Jordan Skellett and Ryan O’Connor.

Michael Latta got Guelph on the scoreboard with the lone goal of the second period, his 31st of the season.