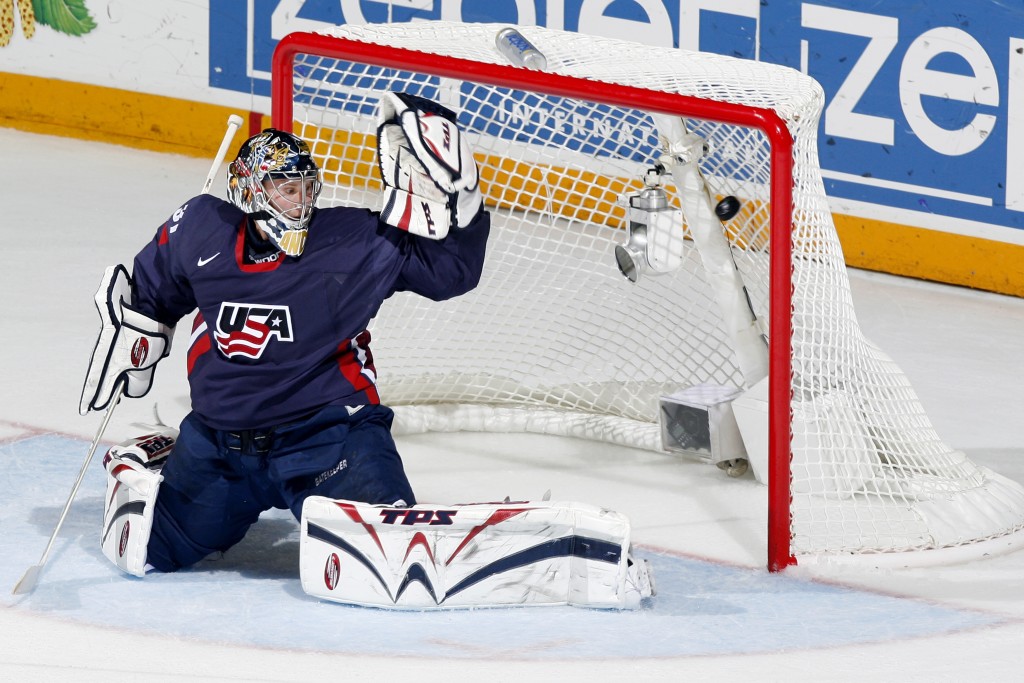 Scouts for Team USA headed to the 2014 Sochi Olympics should have a close eye on Tuesday’s game at Scotiabank Place.

Scouts for Team USA headed to the 2014 Sochi Olympics should have a close eye on Tuesday’s game at Scotiabank Place.

At one end, there will be the Senators’ Craig Anderson, who has the best goals against average (1.49) and save percentage (.950) of any NHL No. 1 ‘tender so far this season. At the other end, it’s expected the Buffalo Sabres will go with Ryan Miller, who has had his struggles (2.98 GAA, .913 save percentage) in the shortened campaign.

Miller, Jonathan Quick and Tim Thomas were America’s goalies at the 2010 Games in Vancouver, while Anderson was an “alternate.” Thomas, who will be almost 40 when the next Olympics commence, is currently not playing and likely out of the equation. Quick is off to a slow start for the Los Angeles Kings (2.70 GAA, .891 save percentage), but the 27-year-old is the defending Conn Smythe Trophy winner and will certainly be among those representing his country in Russia.

The only two other real possibilities are Detroit’s Jimmy Howard and Vancouver’s Cory Schneider, but if the team was being picked now, it’s unlikely either would crack the top 3.

In fact, if the Games were being played now, Anderson would have to draw strong consideration to be the USA’s No. 1 goalie.

“My objective and my goal is just to play for the Ottawa Senators and give them an opportunity to win every night,” Anderson said Monday, as he does in almost every interview. “If I do that, and the Olympic (selectors) come calling, that would be a true honour. But it’s not really in my head at all. Just try to take this one day at a time.”

Anderson, a native of Park Ridge, Ill., has twice worn the U.S. colours at the world championships. Asked to pull them on again, he wouldn’t have to think twice.

“Overall, it’s just another opportunity to put on the sweater for your country, and like I said, it’s something you don’t turn down, because you just don’t know when that occasion might arise again,” he said. “Seeing that part of the world is definitely an experience that would be worth going over for.