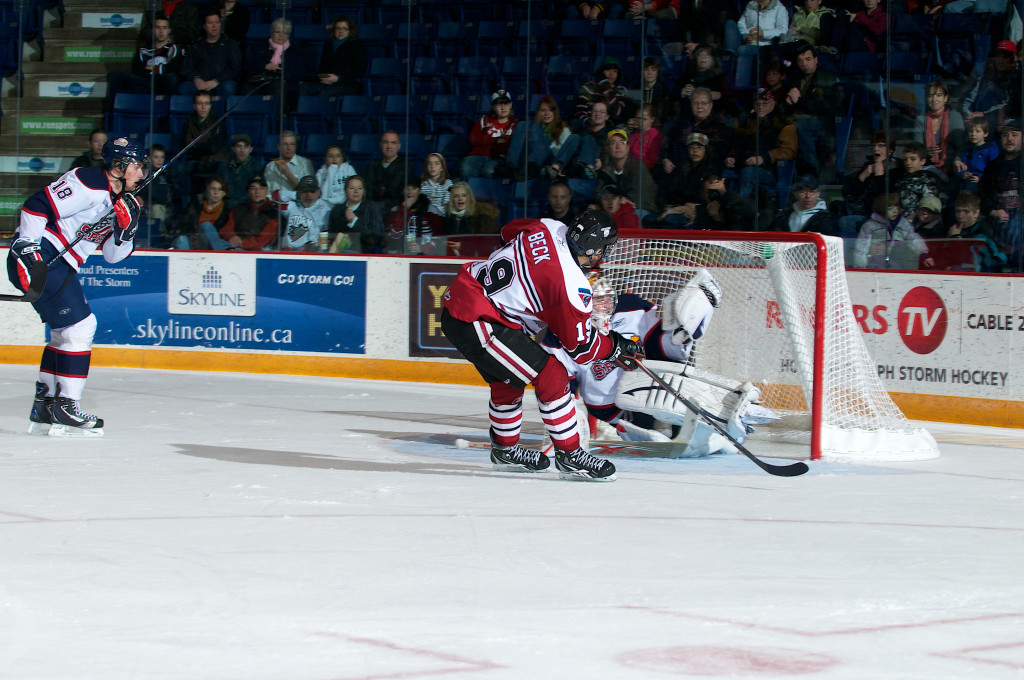 Consistency has been the Achilles heel of both the Guelph Storm and the Saginaw Spirit this season.

Which team can stay in a positive groove for the next two weeks is likely to come out the victor in their best-of-seven Western Conference quarter-final series that kicks off Friday in Saginaw.

“I’ve seen games where it didn’t matter who we were playing, we weren’t going to win the game. I’ve also seen games where I wasn’t afraid to play anybody,” Storm coach Scott Walker said of his team’s consistency this season.

“We’re trying to get more consistent every day so we can say ‘the Guelph Storm is this and you’re going to get it every night. Right now, it’s not every night, but it’s starting to be more nights.”

The Spirit was the hottest team in the league early in the season. But since Christmas it has been a .500 team. In its past 10 games the team has a 3-5-1-1 record.

Guelph has been even more perplexing, riding a roller coaster of performance that sees them lose a big game in Sarnia one night then win in Plymouth a week later.

Walker scoffs at the notion Saginaw was the team Guelph wanted to meet in the opening round.

“I hate when people say ‘were you trying to play Saginaw?’ No, we were just trying to move up as high in the standings as we could,” he said.

The Storm is relatively healthy heading into the playoffs.