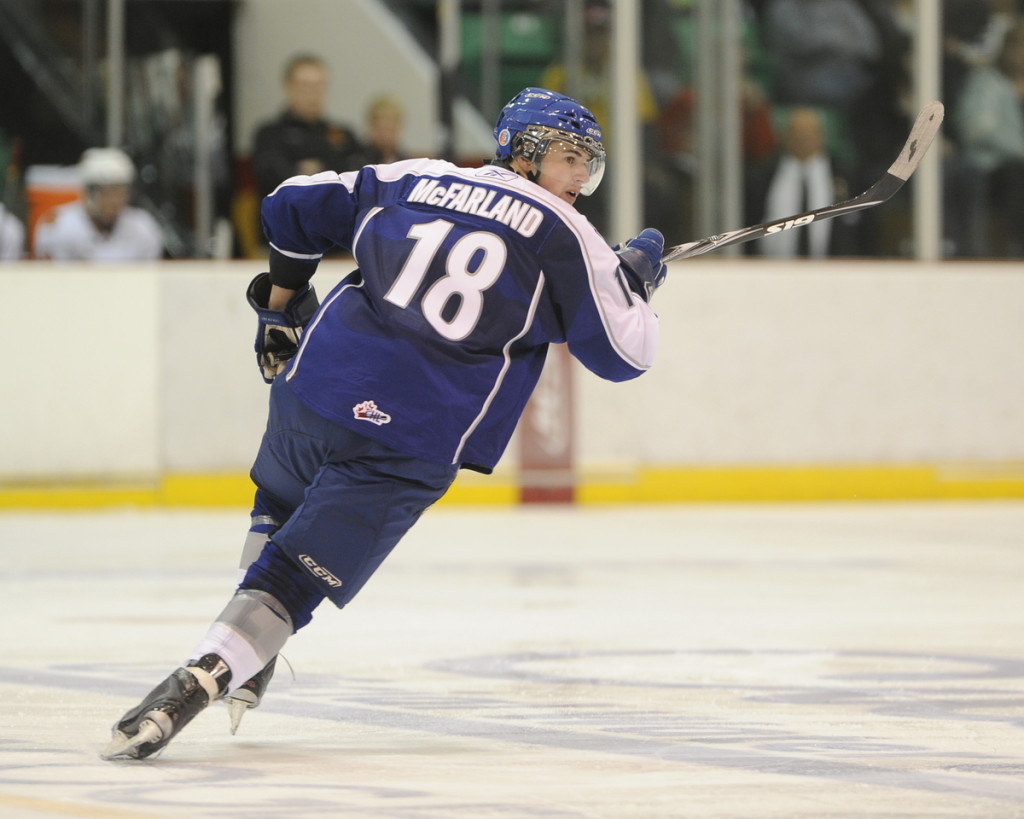 The game features 2010 NHL Top Prospect John McFarland (pictured) of the Sudbury Wolves as he prepares for the 2010 Home Hardware CHL/NHL Top Prospects Game – also shown on Rogers Sportsnet live on Wednesday January 20, 2010 from Windsor, ON.

Leading the offensive charge for the Storm will be Taylor Beck who is currently fourth in league scoring with 60 points in 40 games.  Beck was recently named to the Western Conference All-Star Team for the 2010 OHL All-Star Classic.

Eric O’Dell of the Sudbury Wolves was named to the Eastern Conference All-Stars for the second straight season and enters the game 16th overall in league scoring with 51 points in 43 games.